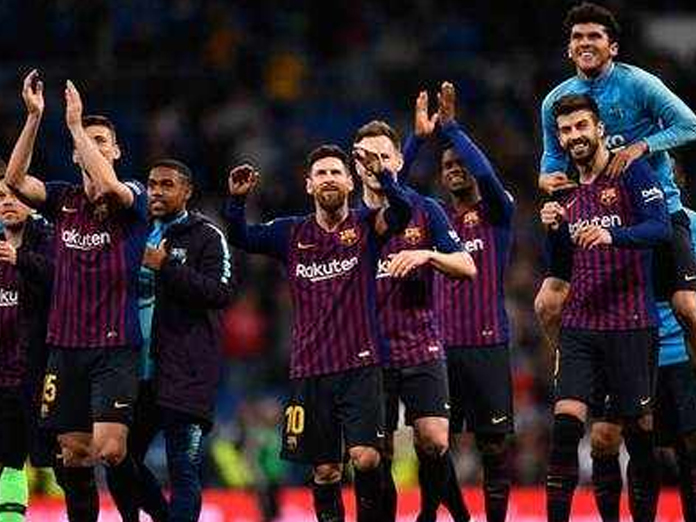 Madrid: Barcelona won their second Clasico in four days on Saturday and Real Madrid might have to win the Champions League if Santiago Solari is to be in charge for the next one.

After knocking them out of the Copa del Rey on Wednesday, Barca returned to the Santiago Bernabeu for a 1-0 victory that surely eliminates their greatest rivals from the title race too.

Lionel Messi and Sergio Ramos locked heads after Ramos flung an arm into Messi’s face but, despite the scoreline and a few half-chances, that was about the most trouble Madrid caused.

Messi would have been proud of Ivan Rakitic’s delightful chip, a rare moment of precision that in the end settled another Clasico high on vigour but lacking in either real quality or rhythm.

“What we wanted was to deliver our best and to inflict damage on our rival,” Barca coach Ernesto Valverde said. “We have done that.”

The onus was on Madrid, not only to make amends for their defeat in midweek but to reduce the nine-point gap between them and La Liga’s leaders.

Instead, Barcelona extended it to 12 and the way their players jumped up and down in front of the away fans after the final whistle suggested they felt this was a major hurdle overcome.