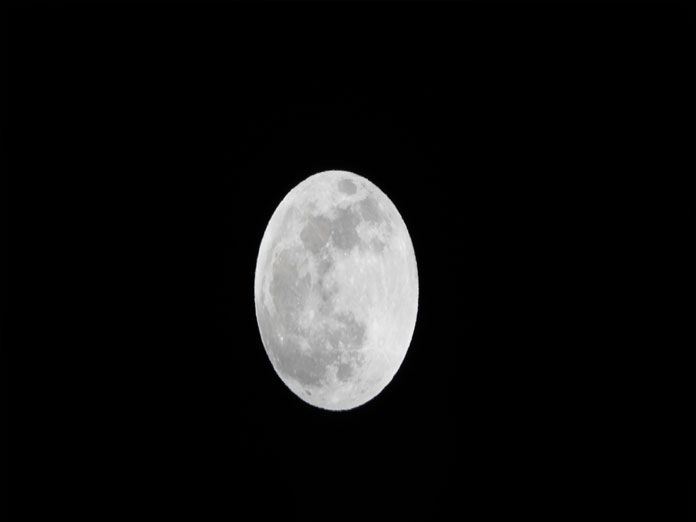 HIGHLIGHTS
 A full moon yesterday also called the "snow moon", was the brightest of this year
 The moon looked significantly larger than normal because it was near its closest distance to Earth during its orbit around the planet
 February's "supermoon" or "perigean" moon was the second of three in a row

You were not feverish: Yes, the moon looked brighter than normal and it was bigger too.

We get a supermoon when the moon is full and it is closest to Earth along its slightly elliptical orbit. There are three supermoons and they fall in the first three months of this year.

But the evening of Tuesday, February 19 brought the treat to eyes that astronomers at NASA call a "perigean" or "supermoon." The event corresponded with a full moon that's often called as a "snow moon" or "hunger moon." Especially on the eve of humanity's 50th anniversary of landing men on the moon, as Mitzi Adams, a NASA scientist posted recently on a blog.

It's not an extraordinary event in the context of our human existence on our planet. In fact, 12 to 14 full moons occur each year, and about one-fourth of these are larger and brighter than normal so we call them supermoon. But this didn’t make this full moon any less beautiful.

Adams told, "As NASA and its commercial and international partners plan to return the moon over the next decade with a long-term continued presence, the list of moonwalkers will surely include women, as well."

Why the 'super snow moon' was so big and bright

It's quite impossible to compare the apparent size of the supermoon with a micro-moon, but when seen side-by-side as in this graphic, it's bit clear.

February's full moon is sometimes referred to by its Native American or traditional name, which is the "snow moon." That's because it's winter in the northern hemisphere, and snow often blankets the ground during this time.

This February, the snow moon also happens to be a supermoon.
A supermoon occurs because the moon's distance from Earth varies during its orbit around Earth. The orbit is not circular. It is a slightly elliptical or oval shape which leads to the difference.

Supermoons happen when we get a full moon near or at the point when the moon's orbit is closest to Earth, also called the perigee of its orbit. For this reason, supermoons are also known as perigee or perigean moons, though the full technical term is "perigee-syzygy of the Earth-Moon-Sun system."
Compared to a full moon at apogee - its most distant point in orbit around our planet, when "micro-moons" occur - a supermoon looks 14% bigger and 30% brighter. There's no universally agreed-upon definition of a supermoon.