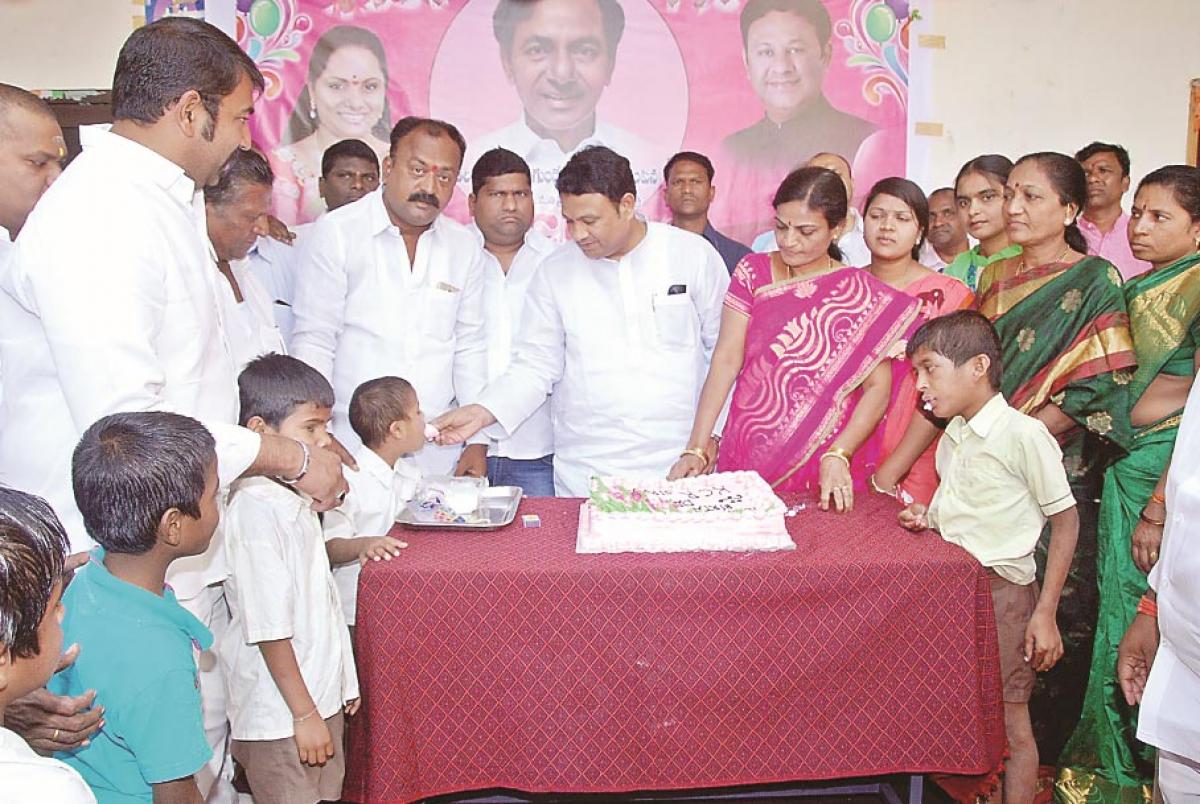 Around 100 people donated blood. Ganesh Gupta and Nizamabad Mayor Sujata were also present. In his speech, Urban MLA Bigala Ganesh Gupta said that when KCR raised the Telangana slogan, no one believed him, but he struggled hard for the separate Telangana state with courage and perverance.

Later, more and more people joined the Telangana movement and a separate State was finally realaised. We pray to God to provide good health and strength to the Chief MInistser, he added. TRS party district president Eega Ganga Reddy cut the cake at TRS party office Now the Chief Minister who fought valiantly for the separate State of Telangana was now striving for the realization of a Golden Telangana with many development schemes, Ganga Reddy added.

MLC Bhoopathi Reddy cut the cake at Nizamabad MP Kavitha’s house in the town and said that it was an honour for him to take part in KCR’s birthday celebrations. In Telangana University, TRS youth wing activists celebrated KCR’s birthday with great fanfare.