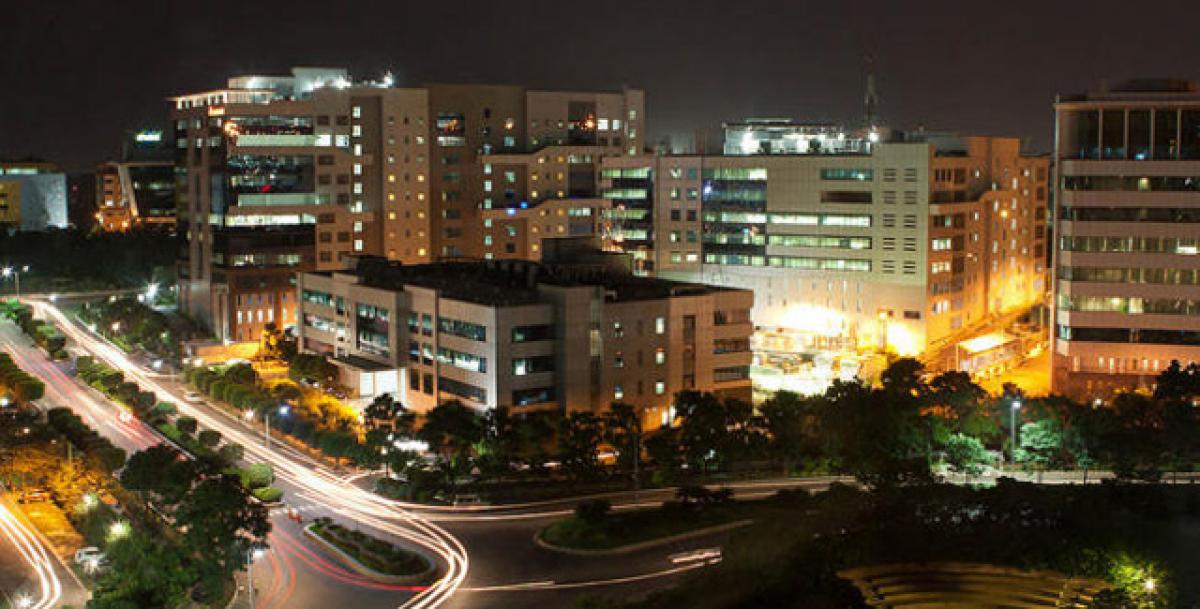 Telangana State objective to make Hyderabad City as Global, Smart and Safe City, the Hyderabad City Police has taken up various Technology initiatives in the Policing. The following are the some of the Socio-Economic activities undertaken for the Budget allotted to Hyd. City Police.

Telangana State objective to make Hyderabad City as Global, Smart and Safe City, the Hyderabad City Police has taken up various Technology initiatives in the Policing. The following are the some of the Socio-Economic activities undertaken for the Budget allotted to Hyd. City Police.

The Government of Telangana State sanctioned Rs. 20 crore for construction of Hyderabad city Police Commissionerate Headquarters building for the financial year 2015-2016. Out of 20 cores, for an amount of Rs.82,27,877/- have been spent.

In addition to the above, the Government of Telangana State has also issued a G.O Rt.No 977, Home (Budget) Department dt: 20-11-2015 have sanctioned for an amount of Rs. 302 crore for construction of Hyderabad city Police Commissionerate Headquarters building.

Front offices were constructed at 40 Law and Order Police Stations under citizen friendly delivery unit. In respect of remaining police station, the work is progress.

The following vehicles have been received during the current year.

The Programme of She teams were launched on 24th October 2014, with the sole aim and objective of curbing eve teasing/street harassment and providing a safe and secure Hyderabad City to women.

Since the launch of the programme on 24th October 2015, remarkable work was done by she teams and achieved good results within a short span of time. Due to the success of the programme in the Hyderabad City, it was extended to Cyberabad in December 2014, and to the entire 10 districts of Telangana in April 2015.

• Cases of stalking and teasing
• Passing lewd comments,
• Trying to touch inappropriately in crowded areas
• Sending abusive messages to the mobiles of victims
• making calls and talking vulgarly during late nights
• Harassment through Facebook and emails
• Using previous friendship or closeness, photos, videos and trying to blackmail the victim through Facebook and the internet
• Public nuisance using bikes, four wheelers etc to attract the attention of the ladies near colleges, schools etc. Cases were booked, the accused were arrested and produced in the court.
• Complaints received so far
• Till now total 1298 complaints were received through various means and attended to
• 750 complaints from Dial 100
• 273 from Facebook
• 93 from email
• 133 direct complaints
• 7 Hawk complaints
• 42 whats app

Apart from counselling by the Officers, for minors caught in eve teasing, 4 professional counselling sessions were conducted in the presence of their parents in order to guide them through the career and mould their behaviour in a proper way to become good citizens. Services of 6 member panel of professional psychologists and NGO called Youngistan India were taken for this.

Special drive for awareness campaign was conducted on 26th November 2014 by all the Officers of the rank of ACP and above including the DCP, DD. They visited all reputed Colleges and conducted meetings to create awareness regarding She teams. More than 20,000 students both male and female attended the meetings.

The teams conducted massive awareness campaign at Numaish on 24th January 2015, by Addl DCP, and ACsp She teams, in addition to the regular task of checking for teasing there.

She teams during Bonalu and Ganesh Immersion: - during the Bonalu and Ganesh procession and immersion to create a sense of security among women, She teams were deployed in the entire City. During the task, total 14 persons doing different kinds of teasing/harassing women were caught and were booked under relevant cases.

Bikeathon rally was organised along with Vasantha Lakshmi Foundation and NGO Tharuni on International Girl child day on 11th October.

Open House was conducted at Parade Grounds, Secunderabad during Police Commemoration week celebrations by the Hyderabad City Police.
She teams opened a stall and children and students were explained about the She teams and how it helps for the safety of women and how to reach the teams in case of any need. She team bands, pamphlets, key chains etc were distributed to the children. Their feedback was also taken which was very positive, encouraging for the teams and motivated to work more effectively for the protection of the women.

Crime Against Women and Security of Women one day workshop and a meeting was conducted at White palace function hall, Chandrayanagutta, which was attended by the CP, Hyderabad City, Addl CP, Crimes & SIT, DCP South Zone. More than 3000 students participated in the meeting and interacted with the Officers.