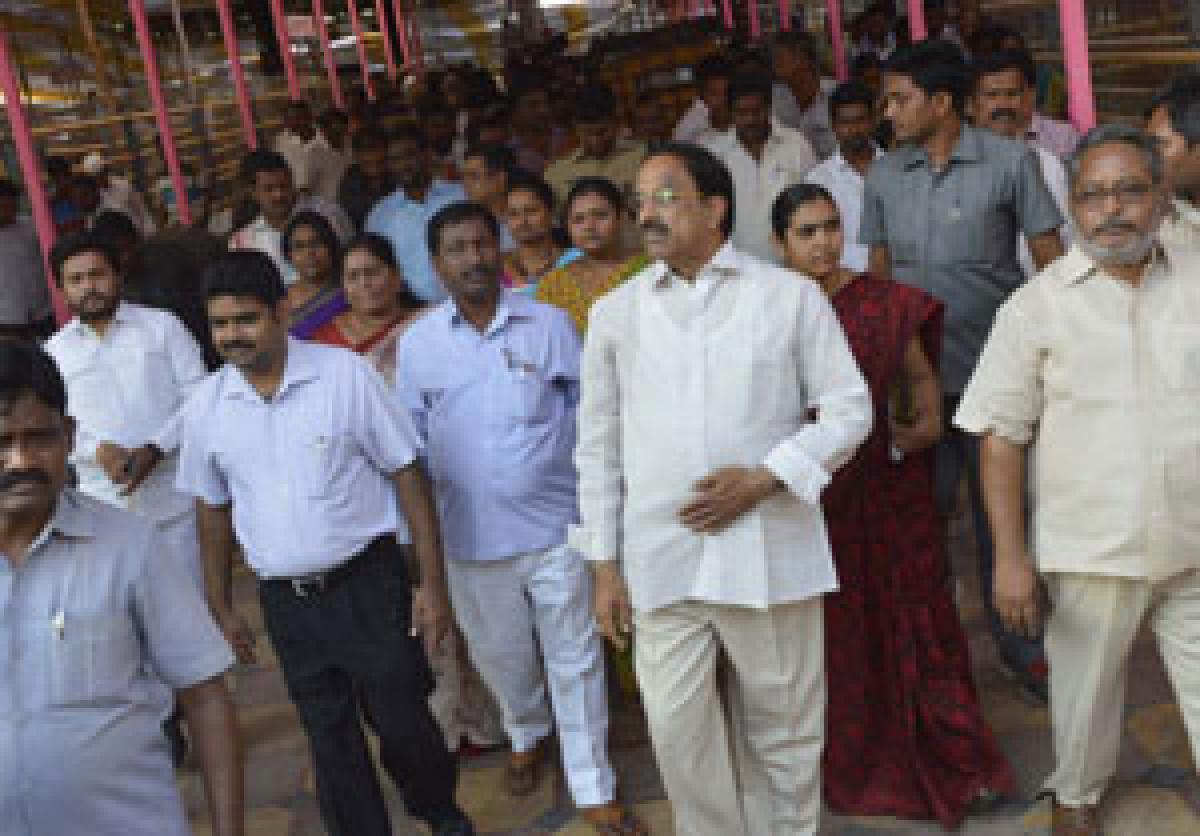 Addressing the people in Nelakondapalli mandal on Tuesday, the Minister said that since the division of the State, Telangana was able to get a whopping 1,850-km national highways passing through it.

Khammam: Before the bifurcation of the State, development was a far cry in Telangana, Roads and Buildings Minister Tummala Nageswara Rao said.

Addressing the people in Nelakondapalli mandal on Tuesday, the Minister said that since the division of the State, Telangana was able to get a whopping 1,850-km national highways passing through it.

“In the case of Khammam district, there was hardly any national highway. Now the district witnesses good roads. All the national highways will be turned into four lanes soon. Proposals in this regard are sent to the Central government,” Rao said, expressing hope that Telangana would soon have comprehensive road connectivity like Gujarat.

The Minister, who inaugurated a 33/11 KV electric sub-station at Cheruvu Madaram built at a cost of Rs 1.50 crore, said that efforts are on to mitigate the low-voltage problem in all the villages.

Stating that government was committed to uplift the agriculture sector, he assured that farmers would soon get nine-hour power supply during the day. Speaking on Mission Kakatiya programme, Rao said that desilting and development of tanks were of immense help to the farming sector in the years to come.

Modernisation works of Nagarjunasagar Left canal would also be taken up soon, he added. Referring to the Sitarama Project and Bhakta Ramadasu Lift Irrigation project, Rao said that the projects would help Khammam district to reach top on the irrigation front in the State.