Reformed jailbirds to get livelihoods 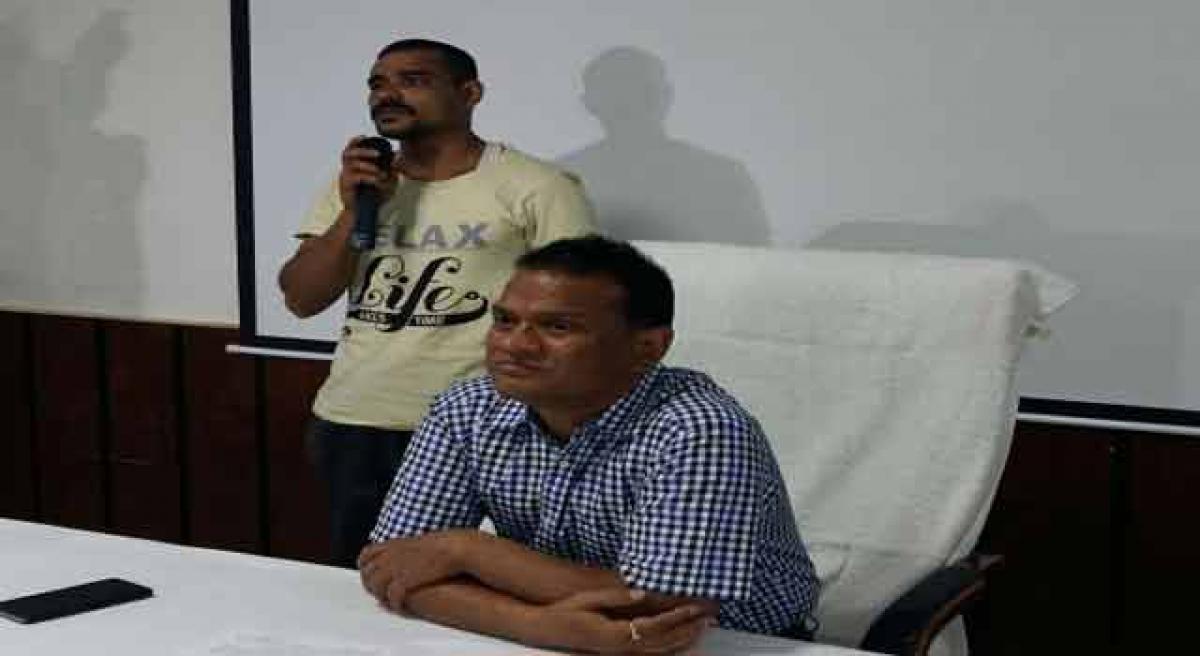 Telangana Prisons Department is making plans to provide employment to all the offenders released from prison across the State, according to DG (Prisons and Correctional Services) V K Singh.

Hyderabad: Telangana Prisons Department is making plans to provide employment to all the offenders released from prison across the State, according to DG (Prisons and Correctional Services) V K Singh.

During a press conference at the Telangana Prison’s Headquarters in Chanchalguda, the DG said, “The important task for us in 2016 is to employ all the released offenders in our industries.

Those who do not want job will be extended loan through banks and the district administrations to establish businesses.” The DG said the department had decided to employ 25 percent of the workforce from the released offenders in petrol pumps and industries.

A placement agency has been started to provide jobs to the prisoners released from jails. So far, 91 applications have been received and 30 persons are employed.

“Our aim is to give employment to all the prisoners those who do not have any resources to sustain. Another petrol pump will be established at Chanchalguda to be exclusively run by women released from prisons,” he said.

The department has prepared a roadmap to stand on top in the country and for this, advanced technological infrastructure is being adopted in the jails.

CCTV cameras would be installed in all the central prisons and district jails, setting up electronic scanning machines to prevent smuggling of banned items into the prisons, he said.

The department is also taking up measures to share the data of prisoners with the State government by integrating through CCTNS (Crime & Criminal Network Tracking System).

Meanwhile, a notorious offender has been employed at prison’s petrol pump. Manoj Kumar Sony (35), a resident of Moosarambagh, has been notorious for thefts since 1996. He was lodged in prisons for over 16 times and was convicted. Sony was released from jail on March 6 this year.