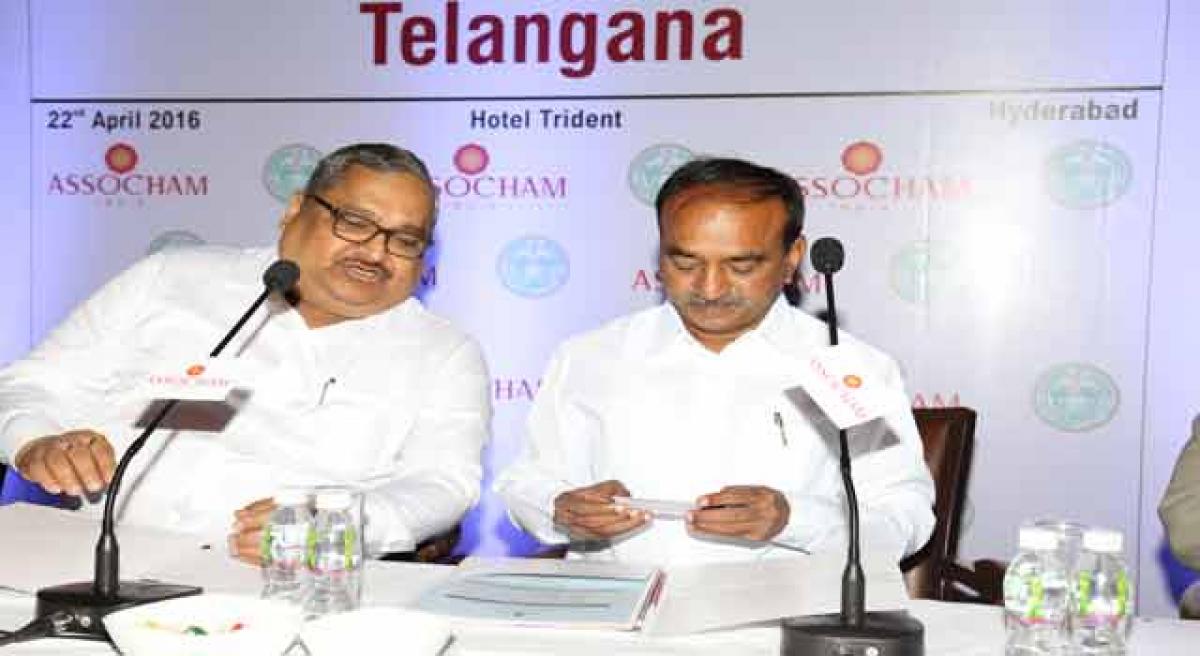 The Telangana government is expecting the Central government to invest a whopping Rs 10,000 crore in the Information Technology Investment Region (ITIR), even as the newly-created state has put in place plans to develop Hyderabad as global destination for the software sector in three to four years.

​Hyderabad: The Telangana government is expecting the Central government to invest a whopping Rs 10,000 crore in the Information Technology Investment Region (ITIR), even as the newly-created state has put in place plans to develop Hyderabad as global destination for the software sector in three to four years.

“Hyderabad, the capital city of Telangana, has emerged as the premier destination for IT companies. The city is the second largest exporter of IT products in India with about Rs 67,000 crore. The ITIR is coming up in Hyderabad under the Government of India scheme.

Over a period of time, the Centre is expected to invest Rs 10,000 crore in the ITIR,” Finance Minister Eatala Rajender said here on Friday after inaugurating a seminar on ‘Ease of Doing Business in Telangana’ organised by the Associated Chambers of Commerce and Industry of India (Assocham).

The erstwhile UPA government at the Centre announced ITIR projects in a few cities, including Hyderabad, as a part of its efforts to boost the Information Technology sector in the country. But the project had failed to make much progress after the BJP-led NDA government came to power two years ago.

Therefore, Eatala’s latest announcement is expected to give fillip to the mega IT project. The minister further said that Hyderabad would emerge as top-ranked global destination for IT sector in next three to four years.

“BPO and call centres are important revenue generators in themselves for the IT industry, but product development and innovation are more important. The future I see for IT industry in Hyderabad is one which focuses on creation of IT products, services and interactive experiences that define new opportunities in the global markets,” the Minister said.

Rajender also said that the State government was providing 24 hours uninterrupted power supply to all industries. To encourage investors for quick implementation of their projects, streamline the regulatory process at a single point, and to provide investor friendly environment,

the State government had enacted the Telangana State Industrial Project Approval and Self Certification System (TS-IPASS) to process various approvals, clearances and permissions required for industries, within a short time. “TS-iPASS is a concept to provide all entry level services to entrepreneurs with minimum interference from departments in a transparent manner within specified time, leading to hassle free approvals,” said the Minister.

Earlier, K Manicka Raj, Commissioner, Department of Industries, Telangana, said that the State would emerge as India’s major pharmaceutical hub in the next two years. “With Pharma City and infrastructure facilities coming up, setting up a pharma unit for any multinational or investor is going to be much easier in Telangana than any other state in India,” explained Raj.