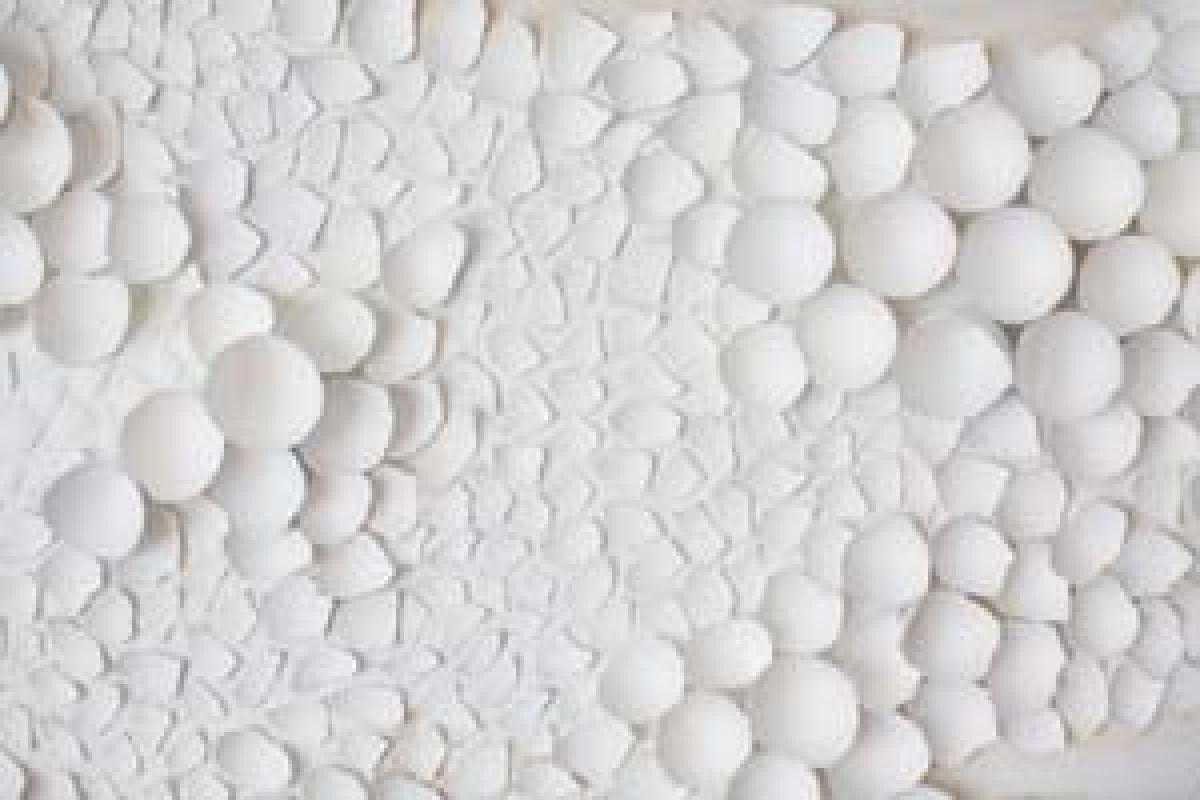 Like any other businessman, Pankaj Pancholi abhors waste. In his case it was the mountain of broken eggshells he was paying some £45,000 ($64,000) a year to have carted away to be buried as landfill.

Like any other businessman, Pankaj Pancholi abhors waste. In his case it was the mountain of broken eggshells he was paying some £45,000 ($64,000) a year to have carted away to be buried as landfill. Pancholi is the founder of Just Egg, of Leicester, Britain, a firm that hard-boils up to 1.5 million eggs a week for sale in supermarkets and for use in such foodstuffs as sandwiches, mayonnaise and Scotch eggs (a British culinary classic consisting of an egg wrapped in sausage meat).

Surely, thought Pancholi, the shells could be used for something, thus earning revenue rather than draining it? So, he teamed up with Andy Abbott of the University of Leicester, to hatch a plan to recycle them. Pure eggshells consist almost entirely of a tough, crystalline form of calcium carbonate (the chemical of which chalk is composed).

Just Eggs automated peeling equipment, though, removes not only the shell but also the membrane beneath, which is attached to the shell. The shells can contain broken bits of egg, too. All that makes the leftovers a potentially smelly industrial by-product which is why they are buried. What Dr Abbott and his colleagues in the university’s chemistry department whisked up was a way to cleanse the shells and grind them into a fine powder that might be added to various plastics as a filler material to make them more hard-wearing.

What worked in a laboratory, however, had to be scaled up into an industrial process that could cope with the output from Just Egg’s busy production line. For that, Mike McNamara of Delta Engineering, a firm based near Grimsby, put together the necessary equipment to go into a special extension to Pancholi’s factory. The whole caboodle has just been switched on.

The process begins with the shells travelling along a conveyor belt, to be tipped into tanks where they are mixed with water and attacked by rotating blades. The chopped material is then washed with a solvent to remove leftover protein. (Both the water and the solvent are recycled.) After this, the shells are dried and ground into a fine powder, the consistency of which can be varied according to the type of plastic to be filled.

Pancholi is now egging Dr Abbott on to ask if flakes of membrane the process generates as waste can be useful, too. These flakes are rich in keratin, which is also the main substance of human skin, so they may have medical applications in, for example, wound dressings. Moreover, Dr Abbot and Pancholi are not the only ones enthralled by eggshells. Vijaya Rangari of Tuskegee University, Alabama, told a recent meeting of the American Chemical Society about his use of ultrasound to break eggshells up into particles mere billionths of a metre across.

He and his colleagues found that by mixing such particles into polymers, including some derived from cornstarch, they could bolster both the strength and the flexibility of biodegradable plastics, making them more suitable for use as food packaging including egg cartons. Faced with ever increasing costs for transport and landfill, finding such useful roles for shells makes Pancholi eggstatic. Courtsey : The Economist