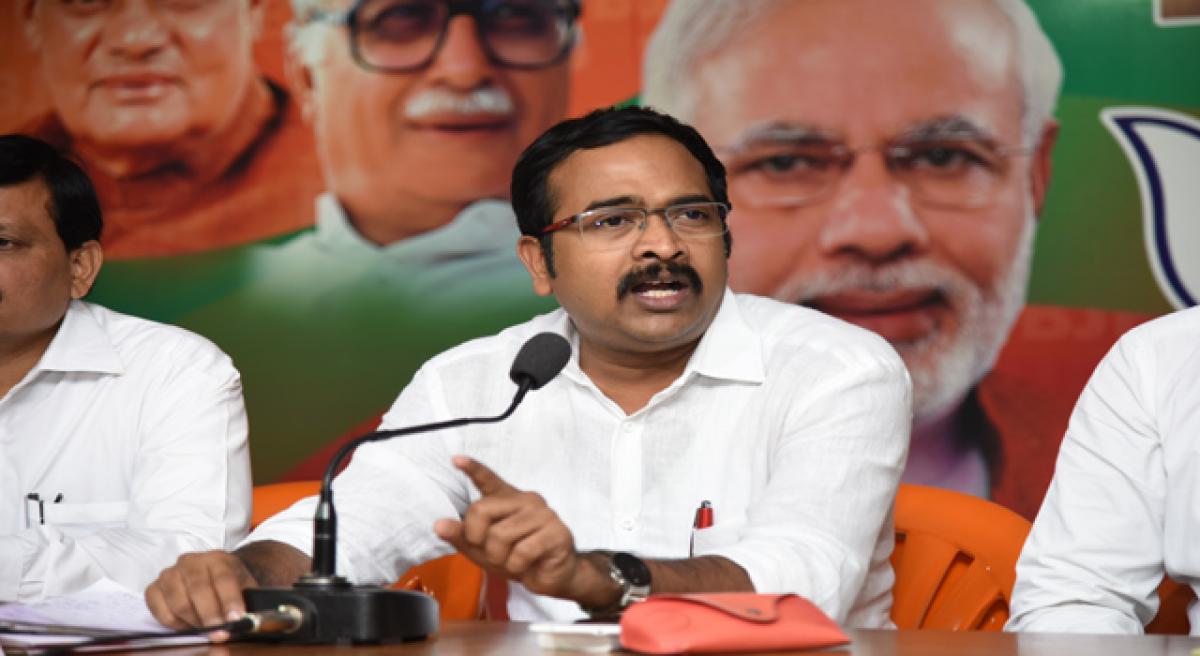 The TRS Government has turned Telangana into a \"den of drug abuse and peddling\" by adopting an \"open-gate\" excise policy, the BJP has alleged.

The TRS Government has turned Telangana into a "den of drug abuse and peddling" by adopting an "open-gate" excise policy, the BJP has alleged.

Accusing IT minister K T Rama Rao of promoting western culture, a BJP leader charged the government with making the state "Udta Telangana", alluding to the Bollywood film "Udta Punjab" which focuses on the drug menace in Punjab.

The opposition party's charge against the state government comes in the backdop of the investigation by the special investigation team (SIT) of the Prohibition and Excise Department, which busted drug rackets here earlier this month.

The SIT had also summoned a dozen personalities from the Telugu film industry or Tollywood, to question them in connection with the case.

State BJP spokesperson Krishna Saagar Rao said his party "100 per cent" believes that the drug menace in the state took off steeply after the Telangana Rashtra Samiti (TRS) government came to power.

"The brazen open gate excise policy adopted by the TRS government has led to a natural rise in drug availability and supply to Telangana state as we firmly believe drugs are only an evolutionary phase of alcohol abuse," he told PTI here.

In the name of 'Happening Hyderabad' initiative, K T Rama Rao, who is the son of Chief Minister K Chandrasekhar Rao, has promoted an environment which can drive drug abuse and peddling in the city, he alleged.

Under the 'Happening Hyderabad' initiative, the state government invites companies and organisations from all over India and the world to take part in it and organise various events in the city "for 365 days in a year", according to the Telangana Tourism's website.

The BJP functionary said the land-locked Hyderabad, unlike beach-side tourist destinations such as Goa or the commercial capital like Mumbai, was never a hot spot for party-goers.

But the rock concerts -- which are not part of either Telangana or Indian culture -- promoted in the name of "Happening Hyderabad" brought with them abusers and peddlers, resulting in the local population getting introduced to such substances, he said.

"So, it multiplied the opportunity for supply and availability of drugs in the heart of the capital (Hyderabad), which was not so before," he said.

The TRS government, which promised "Bangaru Telangana" (golden Telangana) has in fact made it "Udta Telangana," Rao alleged.

"The BJP is 100 per cent against this westernisation trend and culture promoted by KTR (K T Rama Rao)," he said.

"We hold KTR responsible for promotion of western culture in Hyderabad which is against the local and Indian culture. These rock concerts became touch points for very young people to get into drug abuse," he said.

While the BJP does not hold KTR personally responsible, the policy decisions that he has taken in his capacity as the IT minister have resulted in Hyderabad and Telangana becoming the "dens of drug abuse and drug peddling," he alleged.

The SIT has so far arrested 15 people, including US citizen Dundu Anish, a former aerospace engineer who has worked with the NASA, and seven others employed with multi-national companies here in connection with the drug racket busted in the city earlier this month.