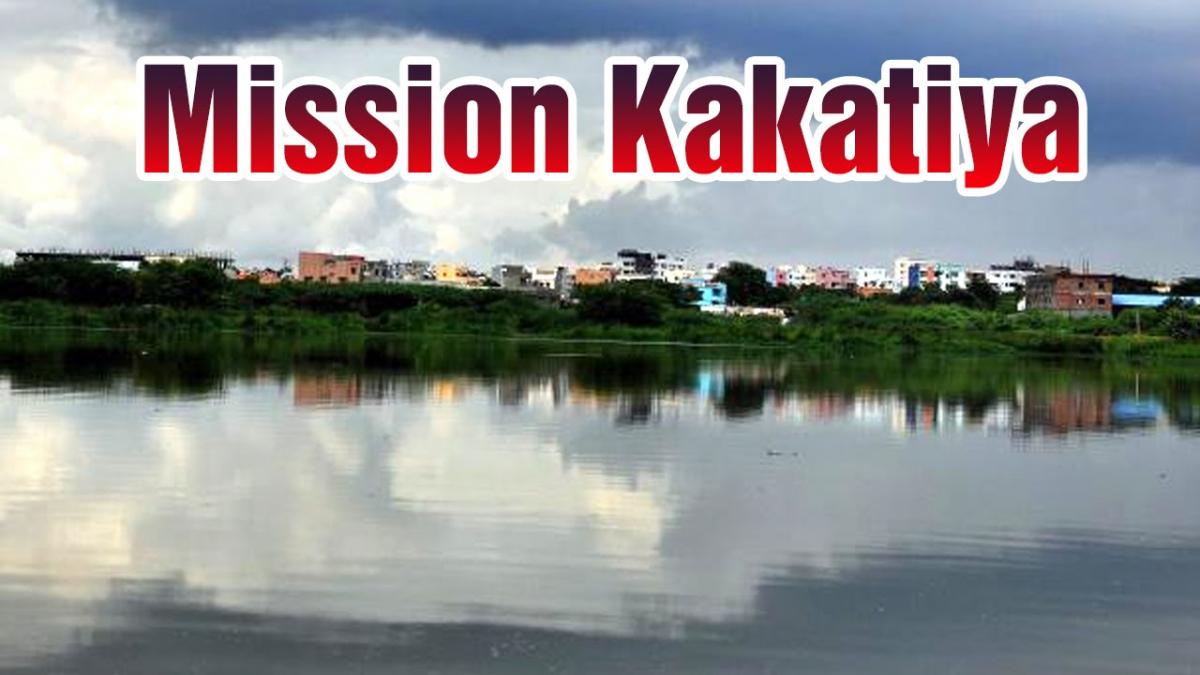 Mission Kakatiya, one the flagship schemes of TRS Government,  has not only increased the irrigation intensity, but also enhanced  the crop yield.

Mission Kakatiya, one the flagship schemes of TRS Government, has not only increased the irrigation intensity, but also enhanced the crop yield.

This was disclosed in the assessment report of the Mission Kakatiya prepared by NABCONS, a sister concern of the NABARD, which was released here on Sunday by Irrigation Minister T. Harish Rao.

"There has been a decrease of 19.2% in the gap ayacut. In 2013-14, the gap ayacut was 42.4% where as it is 23.2% in the year 2016-17, after implementation of the Mission Kakatiya phase I. There is an increase in gross area irrigated under tank ayacut by 51.5% over the base year under the tanks renovated in Mission Kakatiya Phase –I. At this rate, it is estimated that the gross irrigated area 10.53 lakh acres will increase in the State as an impact of Mission Kaktiya after all the phases," says the report.

Irrigation intensity has been increased by 45.6% over the base year, This is mainly due to the improved water retention capacity in the tanks, post restoration works, by which water is available for the second crop also. In base year, the irrigation intensity was 88.4% and it is increased to 134.0% with implementation of Mission Kakatiya. Irrespective of the landholding size and the reach ( about 90% are small and marginal farmers and 60% of the land falls in head reach), the benefits of Mission Kakatiya are reaching farmers with equity in distribution of tank water.

According to NABCONS report, with more availability of water in the tanks, area under paddy has substantially been increased from 49.2% in the base year to 62.1% in the assessment year despite the fact that there was a good rainfall in the base year. The increase is mainly due to the increased water storage and retention capacity in the tanks after Mission Kakatiya. Its impact is more significant in Rabi 2016-17, with more area under paddy by 7.2% in Rabi over Kharif. Area under cotton has been decreased from 36.2% to 26.3%. The farmers preferred to grow paddy instead of cotton as sufficient water is available in the tanks. There is slight decrease in the areas under other crops as the area under paddy is increased.

An increase has been registered in the yields of paddy, cotton and jowar after Mission Kakatiya Phase I over the base year. The increase is more significant in Rabi paddy (19.6%) and cotton (11.6%).

"The farmers are fetched with various benefits due to application of the tank silt in their farms, the major benefit being the significant reduction in expenditure on fertilizers. The impact assessment survey shows a decrease in consumption of chemical fertilizers by 35 – 50% which resulted in reduced expenditure on fertilizers by 27.6% over the base year. The decrease in expenditure ranges fromRs.1500 to Rs.3000 per acre per season, depending on the crops. Further, the tank silt application contributed to increase in crop yields, reduction on soil erosion, increase in soil moisture retention, levelling of plot sizes etc.," the report said.

Apart from the farmers, the other major beneficiary of Mission Kakatiya is the fishermen community. Longer storage period of water in tanks has resulted in increased fish weight and so the yield. On average, there is an increase of 36-39% yield, particularly in the Rohu, Katla and Mrigala types of fish.

"During the baseline survey, 63% of the water users have expressed that the physical condition of the tanks in their area are poor, 3% are very poor. After Mission Kakatiya Phase - I, perception of the water users is that 46.7% of the tanks are very good, 38.0 % are good, 11.2% are satisfactory and only 4.1% of the tanks are reported as below satisfactory level. This is the yardstick to showcase how transparent and committed the Government has been, in implementing the programme," says the report.

Harish Rao informed that the ‘Mission Kakatiya’ was launched on 12th March 2015 with an aim to restore all the 46,531 Minor Irrigation tanks in the State which provide irrigation to about 25 lakh acres of land. In the first phase, as many as 8,022 tanks were taken up for restoration and all the works were completed.

The 1st phase of Mission Kakatiya showed signs of yielding good results. To have a transparent impact assessment of the Mission Kakatiya by a third party, the State Government had entrusted the task to M/s. NABCONS, a sister concern of the NABARD.

The consultants, M/s. NABCONS selected 400 tanks of different sizes, taken up under phase I, from the four districts (old) of Adilabad, Karimnagar, Medak and Nalgonda using the stratified random selection procedure. The districts were selected covering all the four agro climatic zones in the state. Groundwater exploitation status has also been considered for stratification. Number of tanks in each of the four districts selected by the consultants for study is in proportion to the total number of tanks taken up under phase I.

The tanks so selected by the consultants are representative of all the tanks in the state. Initially, the consultants have conducted a baseline survey on the selected tanks, considering 2013-14 as the base year, which is a good rainy year. Primary data on various identified parameters have been collected through household surveys, the focus group discussions of different tank water users and secondary data from different departments of the government such as Irrigation & CAD, Agriculture, Groundwater, Planning, Animal Husbandry, Fisheries etc., using well designed questionnaires. Household data has been collected from the 30 randomly selected households from each tank command.

The consultants have collected the similar data from the same tank villages for the same sample size of household for the year 2016-17. Comparison has been made between the data of the base year 2013-14 and that of 2016-17 to assess the impact of the Mission Kakatiya. Study has also been done comparing the data pertaining to the households under the tank ayacut and those taken as control households which do not fall under the tank ayacut.

In addition to the data collected from the households, village community and the departments, satellite data has also been collected exclusively for 40 tanks to assess the water spread area of the tanks, extent of the cropped area, area irrigated and the cropping pattern.