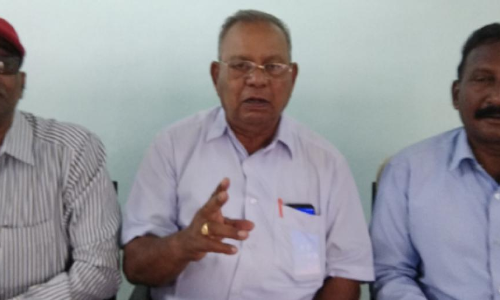 A meeting was held with leaders and workers at the officer here on Thursday. Seshaiah said that the workers expected 30% share in profits in 2017-18 financial year but the CM threw water on their hopes.

Criticising the recognised union Telangana Boggu Gani Karmika Sangham (TBGKS) that it has failed in getting 30% share in profit to the workers, he alleged that the SCCL management is not interested in workers’ welfare. The TBGKS leaders forgot their poll promises, he added. Leaders Vanga Venkat, G Satyanarayana, Sudhakar, Ramana Murthy, Ismail, Haneesh and others attended the meeting.