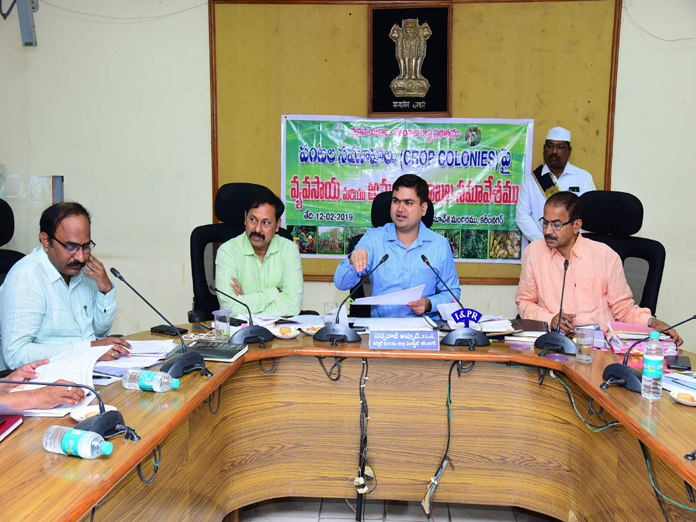 Karimnagar: District Collector Sarfaraz Ahmed on Tuesday ordered the officials concerned to conduct village wise survey for the development of crop colonies in the district.

The Collector held a meeting with officials of the Agriculture department and its associated departments to discuss the establishment of crop colonies here at the Collectorate.

Speaking on the occasion, Sarfaraz Ahmed directed officials to conduct a survey about which type of crop should be cultivated in which area as per availability of water and soil conditions across the district.

The Agricultural officials must conduct survey perfectly covering every farmer in coordination with the officials of Seri-culture and Horticulture departments along with the members of Self Help Group's of Grama Samakya so that when the officials visit the villages, the members of SHG will give prior information to the farmers for completing the survey with ease.

After conducting the survey, the officials must suggest the farmers to cultivate fruit, flower and vegetable yielding crops as per the availability of the water and fertility of the soil so that the food processing units can be set up in the district by the District Industries department.