Insensitivity The order of the day 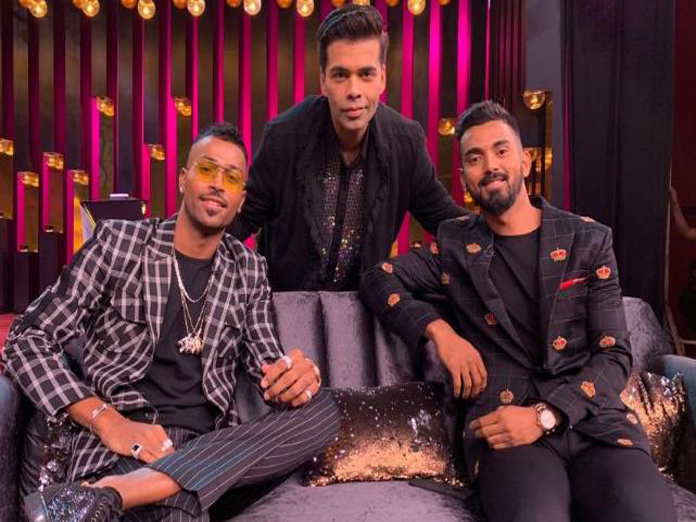 Brazenness and insensitivity stemming out of patriarchy are attitudes that account for all social discourse in our brave new world and celebrities of all hues are unabashedly flaunting them under the garb of being progressive and liberal.

Yes I am talking about sexist remarks that have become the “new cool’ for a generation that has an unabashed admiration for bad boys and uncensored views. Sadly in the name of being forward -thinking all that our “public figures’ have to offer, are regressive views that reek of an archaic mindset unable to come to terms with an equal society.

Despite the mask coming off thanks to the platform of social media, the impunity with which people in responsible positions have been making their “incorrigible views” public tells us that women are a long way from commanding the position and respect they deserve as fellow human beings not in a condescending manner but as an inherent human right.

Two recent incidents, one in a non-serious “chat show” and another with reference to a serious debate in Parliament are glaring examples of how women are being viewed by most common and uncommon men in our country.

Let’s look at the serious issue first. Politics aside, the remarks made against the Defence minister of the country with a clear reference to her gender coming from the President of a National party and grandson of India’s only woman Prime Minister Indira Gandhi feared by many men of her time is totally unacceptable.

Taking potshots at political opponents is not objectionable but demeaning a woman who holds a responsible position in the government is no less objectionable than Bollywood type dialogues of the kind that ask men to “wear bangles (when they display signs of cowardice) in a clear reference to gender.

“The watchman with a 56-inch chest ran away and told a mahila, Sitharaman ji to defend him’ Congress President Rahul Gandhi’s remark is insulting for its gender insinuation and disregard to the fact that the woman he refers to is the country’s Defence minister under whose purview the Rafale issue that he was discussing very passionately falls.

If this is the respect accorded to a powerful woman holding a key position in the government, the case and plight of many ordinary women in our country can well be imagined.

The irreverent chat show that had” Crass sexist remarks” by young cricketers Hardik Pandya and KL Rahul may have well got them noticed for talents other than their on- field exploits. Typical of the new generation celebrities, the duo took pride in answering cheeky questions with a false bravado that can have a long lasting impact on their career. The host, Karan Joharon his show “koffee with Karan” often has questions that border on the voyeuristic to guests from the film industry but this time around he may have gone too far.

The answers pertaining to multiple hook ups, boasting about conquests and description of women are so utterly derogative to them that they leave us shocked at the arrogance of male power on exhibition. It is not the morality of this depraved lot that is shocking. It is the “alpha male” arrogance that is deplorable. Speaking up against all these serious and non serious public figures is imperative because the damage done is not just at an individual level but to all of society. If we don’t do that we will be left with” spoilt brats” who never grow up or wake up to reality.