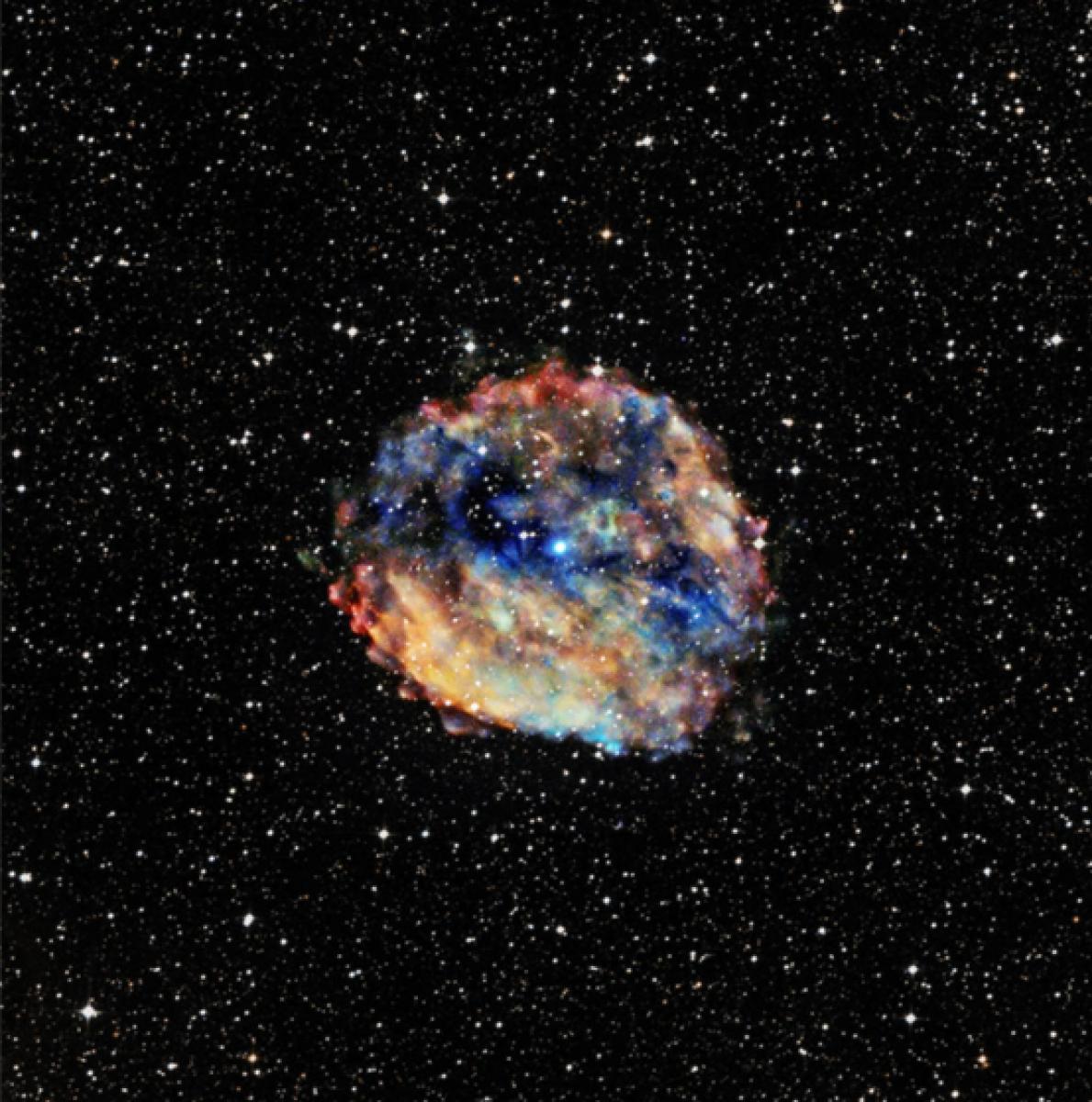 On June 22, 2016, an instrument aboard NASA\'s Swift telescope captured the release of a short burst of X-rays from 1E 1613. The Swift detection caught astronomers\' attention because the source exhibited intense, extremely rapid fluctuations on a time scale of milliseconds, similar to other known magnetars.

​Washington : Astronomers have found evidence of a magnetar - magnetised neutron star - that spins much slower than the slowest of its kind known until now, which spin around once every 10 seconds.The magnetar 1E 1613 - at the centre of RCW 103, the remains of a supernova explosion located about 9,000 light years from Earth - rotates once every 24,000 seconds (6.67 hours), the researchers found."The source exhibits properties of a highly magnetised neutron star, or magnetar, yet its deduced spin period is thousands of times longer than any pulsar ever observed," NASA said in a statement.

On June 22, 2016, an instrument aboard NASA's Swift telescope captured the release of a short burst of X-rays from 1E 1613. The Swift detection caught astronomers' attention because the source exhibited intense, extremely rapid fluctuations on a time scale of milliseconds, similar to other known magnetars.

These exotic objects possess the most powerful magnetic fields in the universe -trillions of times that observed on the Sun - and can erupt with enormous amounts of energy.

Seeking to investigate further, a team of astronomers led by Nanda Rea of the University of Amsterdam quickly asked two other orbiting telescopes - NASA's Chandra X-ray Observatory and Nuclear Spectroscopic Telescope Array, or NuSTAR - to follow up with observations.

New data from this trio of high-energy telescopes, and archival data from Chandra, Swift and European Space Agency's XMM-Newton confirmed that 1E 1613 has the properties of a magnetar, making it only the 30th known, said a paper published online in the The Astrophysical Journal Letters.

These properties include the relative amounts of X-rays produced at different energies and the way the neutron star cooled after the 2016 burst and another burst seen in 1999. The source is rotating once every 24,000 seconds (6.67 hours), much slower than the slowest magnetars known until now, which spin around once every 10 seconds. This would make it the slowest spinning neutron star ever detected, the researchers found.

Astronomers expect that a single neutron star will be spinning quickly after its birth in the supernova explosion and will then slow down over time as it loses energy. However, the researchers estimate that the magnetar within RCW 103 is about 2,000 years old, which is not enough time for the pulsar to slow down to a period of 24,000 seconds by conventional means.

While it is still unclear why 1E 1613 is spinning so slowly, scientists do have some ideas. One leading scenario is that debris from the exploded star has fallen back onto magnetic field lines around the spinning neutron star, causing it to spin more slowly with time.