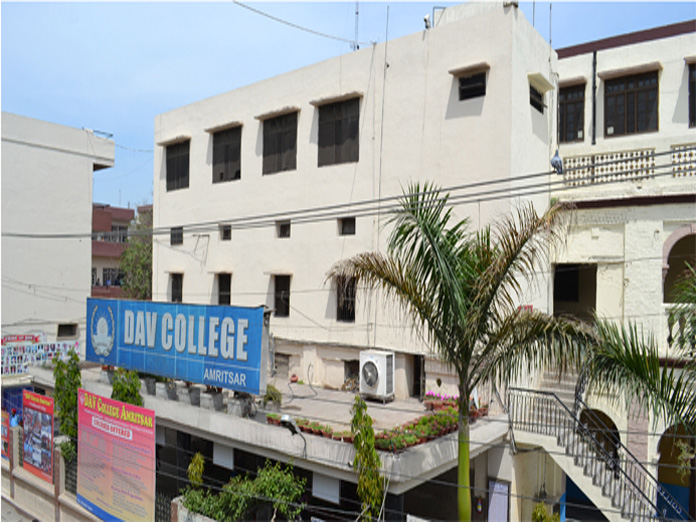 Dr Punam Suri, President of the DAV College Managing Committee that oversees running of a massive 900 plus prestigious educational institutions across the country, is a person with a mission to contribute to the society through the pursuit of education His grandfather Mahatma Anand Swami was an eminent writer and Gandhian Dr Suri is an eminent educationist, with a rare sense of futuristic initia

​Hyderabad: Dr Punam Suri, President of the DAV College Managing Committee that oversees running of a massive 900 plus prestigious educational institutions across the country, is a person with a mission to contribute to the society through the pursuit of education. His grandfather Mahatma Anand Swami was an eminent writer and Gandhian. Dr Suri is an eminent educationist, with a rare sense of futuristic initiatives in the field of education.

Under his stewardship, many new projects and initiatives were undertaken including smart classes, academic audit, construction audit and tie-ups with Indian and foreign universities for higher educational institutions paving way for giving new dimensions to the educational programmes.

Dr Punam Suri is a multi-faceted personality. He is a well-known journalist and is the Managing Director of ‘The Daily Milap’ the largest Urdu Daily in India. In 2017, Dr Suri was awarded one of the prestigious Civilian awards in the country- Padma Shri for his matchless contribution in the fields of education and literature. The Hans India caught up with him to discuss about ongoing initiatives and future plans as far as DAV is concerned.

DAV Schools are quite different from other schools as focus is on inculcating basic values coupled with education? Could you elaborate more for our readers?

DAV founded in 1886 has a rich 132-year old history. It has 900 plus institutions scattered all over India in which one lakh teachers’ work and 34 lakh students pursue study. It is the largest non-governmental educational institution in India. But people say there is no bigger institution even in the entire world. Education is the main core of DAV, but our focus is not on money making.

Whatever money that comes we use again in education sector. At DAV, students are not given Shiksha alone. We give Vidya which is a combination of Shiksha and Naithikatha. Building Sanskar in children is very important. Apart from schools, DAV has 70-odd colleges under its belt including Engineering, Dental, Pharmacy, Ayurvedic, Law, Conventional Degree and Education colleges. Also we started DAV University in Jalandhar, a private university formed by Act of Punjab State. It is apt to say DAV covers entire spectrum of education.

DAV shortlisted Yamunanagar, Haryana for establishing its first university for women. What is the current status?
The Haryana government has passed a bill according to which no charges should be collected from girls pursuing Higher Education. In such case, where do you get money from to run the varsity? Hence the project was put on hold. However, DAV bought 88 acres of land (68 acres at one place and 20 acres at another place) for the varsity purpose and it is still with us. We are looking at different avenues.

Just to inform you that Telangana has no Women University after bifurcation with the lone Mahila University in the combined State- Sri Padmavati Mahila Visvavidyalayam, Tirupati going to the residuary AP. Would you like to consider Telangana as on option to establish the Mahila Varsity?
Why not? Definitely. I would tell my team to look and explore this.

We would like to reach locations and places where others have not reached. In Hyderabad there are hundreds of institutions for women if not varsity. Establishing an institution in Hyderabad means adding one more to the list.
Instead, DAV wants to reach to remote and educational backward areas including Adivasi or Naxal-Maoist affected area so that local population gets quality education. We have no objections to foray into backward regions of Telangana if given support from the government.

On this subject, let me inform you that DAV took over 74 Model Schools run by the Chhattisgarh government in Moist affected districts of Chhattisgarh including Sukma that’s in news for wrong news regularly. The Adivasi families and children are mostly illiterate and they even don’t know how to wear clothes and shoes properly. However, after DAV went there was a huge response with first generation learners flocking to join in our schools. And the difference is there for all to see. The students’ strength that was 11,000 to 12,000 earlier jumped to one lakh within a short-gap. Education in all the 74 schools is English medium based and all are affiliated to CBSE.

Any new decision took by the DAV CMC (College Management Committee) in recent times?
We have resolved to emphasise on sports in a big way. The aim is to produce an Olympic gold medalist from DAV in the near future. Prime Minister Narendra Modi has stressed on preparing an action plan for effective participation and aiming for gold medals in the next three Olympic Games and accordingly DAV doing its bit.

We have decided to identify the best sporting talent that excels in DAV National Sports meet and form a best team (from students studying in whichever DAV school from any Zone) and provide them best of facilities and coaching so that they could go on to represent country and win a gold in Olympics in the coming years. Our Sports Director J P Shoor is taking care of this responsibility. Students from DAV won 18 medals in National School Games conducted by School Games Federation of India (SGFI), which shows the big talent and sporting capabilities of DAV students. Our goal is to discover that talent and encourage them.

How many schools DAV has in both Telugu States of Telangana and Andhra Pradesh? Any plans for expansion in the pipeline?
DAV has 43 schools out of which three schools have senior secondary study as well (plus two level). The remaining 40 schools are up to secondary level (Tenth standard). We could have upgraded the remaining schools to senior secondary level but for affiliation problems that involves taking permission from another board. In CBSE, it is the one single board that gives permission right upto Plus two level and this is the practice seen in several states. Also, DAV does not want to fall into the line of a few corporate institutions that have turned plus two studies into coaching classes, where there is only temporary staff, temporary infrastructure etc.