Kashmir is not just a law and order problem 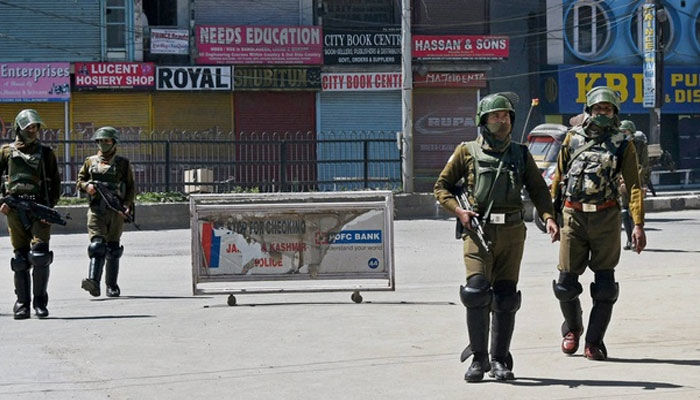 The outpouring of grief over Pulwama terror strike and the jubilation over IAF pilot Abhinandans unconditional release by Pakistan are ostensibly...

The outpouring of grief over Pulwama terror strike and the jubilation over IAF pilot Abhinandan's unconditional release by Pakistan are ostensibly manufactured. The talk of strikes against Pakistan has two aims. The first, and more obvious one, is to rake up jingoistic sentiments to help the BJP win big in the Lok Sabha elections that are around the corner.

And the second is to stop us from asking questions about the Modi regime's multiple failures that are, in part, responsible for the most successful terror attack against security forces in the Kashmir Valley. That a vehicle laden with 300 kilograms of explosives could ram into a CRPF convoy in a State under the iron grip of the army is an intelligence failure of colossal magnitude.

But the intelligence failure is embedded in a bigger political failure. The BJP's belief that Kashmir is just a "law and order" problem that can be crushed with strong-arm tactics sans political dialogue has simply not worked. According to a home ministry reply to Parliament earlier this month, there was a 176 per cent rise in terrorist incidents in the State between 2014 and 2018.

The number of civilians killed rose by 35.71 per cent; of security personnel by 93 per cent; and of terrorists by 133.63 per cent. And the political failure stems from an ideological mindset which only values the territory of Kashmir and not its people — refusing to see that Kashmir acceded to a secular India and has no legitimate future in a Hindu rashtra.