Change-room is hurting, guys are down: du Plessis 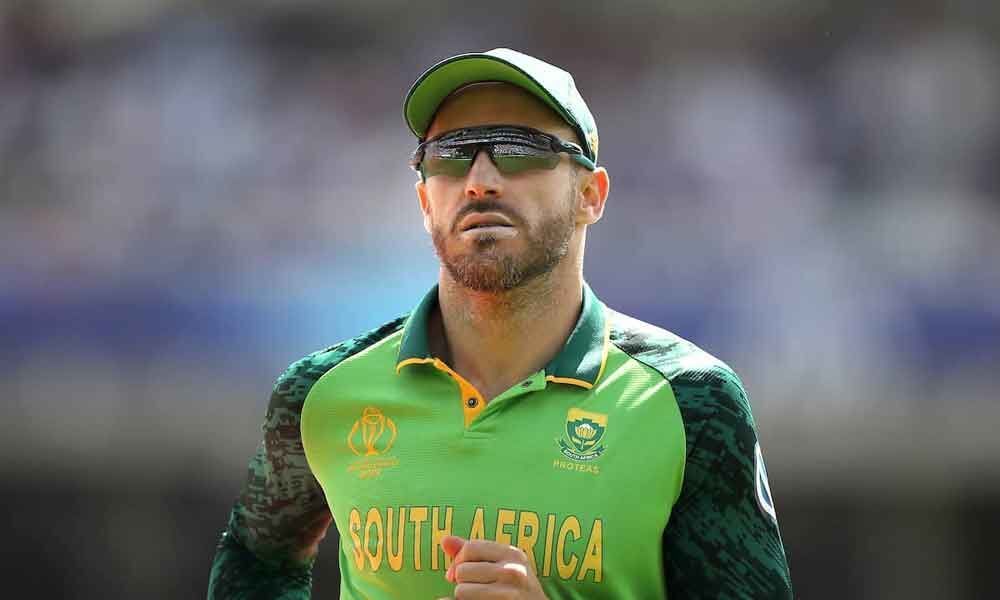 After conceding their third consecutive defeat in the ongoing World Cup, South Africa skipper Faf du Plessis has admitted that the environment in the...

Southampton (England):After conceding their third consecutive defeat in the ongoing World Cup, South Africa skipper Faf du Plessis has admitted that the environment in the dressing room is not great and his team is low on confidence.

On Wednesday, the Proteas were outplayed by India in all the three departments as they lost the match by six wickets at the Ageas Bowl.

Opting to bat, South Africa never got going and were blown away by the Indian bowling attack -- spearheaded by Jasprit Bumrah and Yuzvendra Chahal -- and were restricted to 227.

None of the Proteas batsmen played a substantial knock and it was only because of Chris Morris (42) -- who alongside Andile Phehlukwayo (34) and Kagiso Rabada (31) -- that they could reach a total in excess of 200.

Chahal was the pick of the Indian bowlers as he scalped four crucial wickets during the middle overs while Bumrah started the carnage at the start and picked up two important wickets of Hashim Amla and Quinton de Kock.

"I thought India were magnificent on a tough pitch. They bowled really well. Their bowling attack is strong (having) all bases covered. Fast bowlers initially and spinners who get wickets in the middle-overs. We clawed back with the bat again after the spinners bowled in the middle-overs," said du Plessis after the match.

Unlike Rohit Sharma who batted throughout the innings and anchored the chase for India with his unbeaten 122, South Africa didn't have a single half-century, a fact which Du Plessis admitted cost them the game.

"We are making mistakes all the time -- today the mistake was one guy not batting through the innings. That's what you need in England. You have to set a good total for your bowlers to defend, and to have so many 30s and 40s is not acceptable at a World Cup," he added.

However, South Africa were extremely disciplined with their bowling and didn't allow the Men in Blue to take away the game from the start. Both Rabada and Morris bowled on great areas and kept the Indian batsmen on their feet.

"Morris who hasn't played too much recently for us, was excellent today, bowling with pace and good control and even got 40-odd runs today. They were the two stand-out performers today -- Morris and Rabada," said the Proteas captain.

"We started well with the ball again, but some great batting by Rohit, a bit of luck, and he did what we didn't do -- got a hundred, and saw the innings through.

"The change-room is hurting; the guys are a little down. But we are still fighting," he added.

The 34-year-old also claimed that they would have attacked the Indian batters more if they had Dale Steyn and Lungi Ndigi in their line-up.

"If we had Steyn and Ngidi, we would have the chance to attack with overcast conditions," he said.

"Rabada was an absolute champion -- he was extremely unlucky, and I have never seen so many balls falling in different areas. That's how it goes when you aren't playing well. Little 50-50 things tend to go against you," du Plessis said while praising Rabada, who was the lone fighter and gave his all while defending the total.

South Africa next play West Indies in a must-win game on Monday.