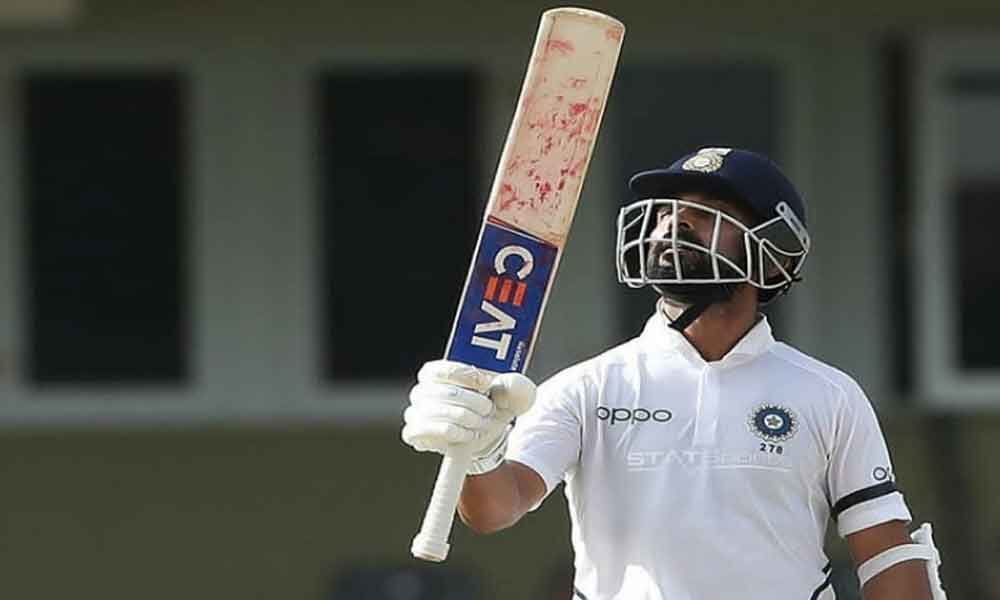 India vice-captain Ajinkya Rahane has revealed that he was a "little bit emotional" after he scored a match-winning hundred in the Antigua Test, his first in two years.

Kingston (Jamaica): India vice-captain Ajinkya Rahane has revealed that he was a "little bit emotional" after he scored a match-winning hundred in the Antigua Test, his first in two years.

Rahane played superb knocks of 81 and 102 in the two innings he played in the first Test against West Indies which India won by a huge margin of 381 runs.

"I was a little bit emotional," Rahane said during the press conference on the eve before the second Test at Sabina Park.

"I thought 10th hundred was really special. I wasn't thinking about any particular celebration, it came out automatically. It took me two years to get that 10th hundred.

"As I said the process always matters to me a lot. Preparations before each and every series is very important. I was actually doing that throughout the two years, and so (this hundred) was really special," he added.

In Antigua, Rahane came to bat when the team was in a spot in the first innings when India were 25/3 and in the second when they needed to build a lead. The India deputy skipper said he wasn't thinking about personal milestones and was just trying to play as per the situation.

"We were under pressure (in the first innings). I thought West Indies bowled really well in that session, throughout that day. It was an opportunity for me to do something special for my team. I think because of the situation I wasn't thinking about myself because it was important to get that partnership going - one player has to stay and bat and we knew that," Rahane said.

"I thought it was something special for me personally as well because we knew we were in a difficult position at that point of time and happily we did really well and came back strongly from that point.

"(In the second innings) I knew that (106-run) partnership with Virat was very crucial. And basically, because of that team thinking, the pressure was completely off. And really special getting that hundred after two years," he added.

He also lavished praise on Hanuma Vihari, who scored crucial 93 runs in the second innings and has solidified the middle order.

"Vihari did very well in India A tours and he did really well in the domestic circuit," Rahane said. "It's good that players who actually did consistently well over a period of time in domestic cricket are doing well at the international level."