Rayudu comes out of retirement, available for short formats of game for HCA 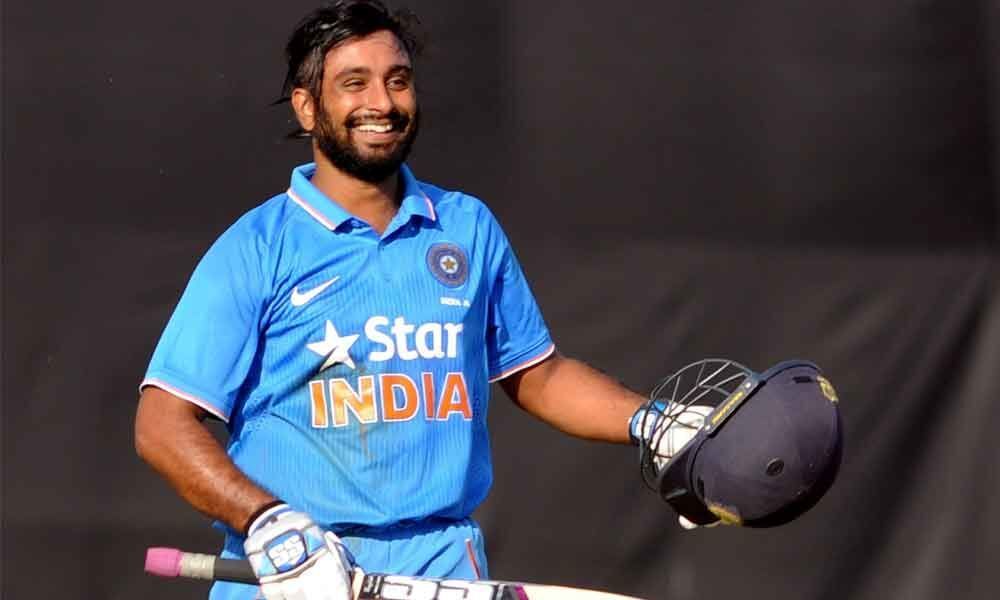 Barely two months after drawing curtains to his cricketing career, Ambati Rayudu has made a giant U-turn.

New Delhi : Barely two months after drawing curtains to his cricketing career, Ambati Rayudu has made a giant U-turn. The 33-year-old has written to the Hyderabad Cricket Association (HCA), saying his decision to retire was an emotional one and that he is available for selection.

In an email sent to HCA's CoA on Thursday, Rayudu wrote, "I would like to bring to your notice that I would like to come out of retirement and play cricket in all formats."

"I want to take this opportunity to thank Chennai Super Kings, VVS Laxman and Noel David, who have been very supportive during the tough time and are instrumental in making me realise that I have enough cricket left in me.

"I am looking forward to a wonderful season ahead with a very talented Hyderabad team and help the team realise its full potential. I will be available from September 10 to join the Hyderabad team," he added.

The HCA's CoA subsequently sent out a mail saying, "This is to inform you that Rayudu has withdrawn his announcement of retirement and has made himself available for the shorter format of the game for HCA for 2019-20."

Prof Ratnakar Shetty of the BCCI, who is also one of the members of the Committee of Administrators (CoA) of the Hyderabad Cricket Association (HCA), said the decision taken by Rayudu was a hasty one and it was good that he has realised it and chosen to withdraw it now.

"I was surprised when he took the decision to retire which I feel was a hasty decision," Shetty, a veteran BCCI administrator, said.

He also said it was good that Rayudu had realised his mistake after being spoken to by senior players including former India star Laxman.

"It is good that he (Rayudu) has realised his mistake after being spoken to by senior players including VVS Laxman and has decided to withdraw his retirement decision," Shetty added.

"He has a lot of cricket left in him and his presence will help the youngsters in Hyderabad CA," the veteran administrator pointed out.

"Ambati (Rayudu) is known to me since 2000 when he was a part of the under-15 team and was a promising talent. It is good that he's back."

His experience and class will be of great advantage for us. He has always done well for us and we hope he will continue do so and lead from the front," David, a fomer India player said.

"Rayudu's presence in the team will be good for the younger players," he added. Asked if Rayudu would be handed the reins of captaincy, David said: "... for me yes.. he will be the captain.

But then there will be a discussion and after that a decision will be taken." David said Rayudu had mentioned in his mail to HCA that he would be available to join the side from September 10, adding "we are looking forward to that."

The Hyderabad probables would also play some matches among themselves before the final squad for the Vijay Hazare Trophy is picked, he added.

During the course of the World Cup in England, Rayudu had announced his retirement after he wasn't chosen as a replacement for the injured Shikhar Dhawan despite being named one of five stand-bys for the quadrennial event.

Initially, the 33-year-old was not included in the 15-man India squad for the World Cup because of not having a "three-dimensional" game and Vijay Shankar was preferred over him.

After the snub, Rayudu had tweeted sarcastically "Just ordered a new set of 3D glasses to watch the World Cup," aimed at chief selector M.S.K. Prasad.

Last year, the middle-order batter had announced his retirement from first-class cricket in order to focus on his limited-overs career with the ICC World Cup in mind. He played the last of his 97 first-class games in November 2017.