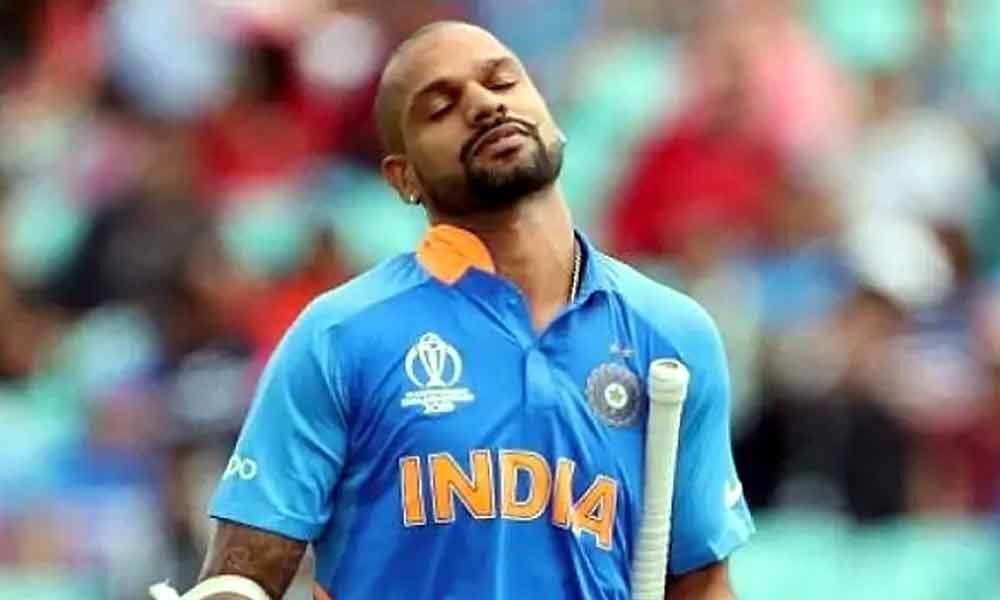 In a major blow to India, star batsman Shikhar Dhawan was Tuesday all but ruled out of the World Cup after sustaining a left thumb fracture.

Nottingham: In a major blow to India, star batsman Shikhar Dhawan was Tuesday all but ruled out of the World Cup after sustaining a left thumb fracture.

A BCCI source told PTI that Dhawan has sustained a fracture and it might take a month for him to fully recover. The World Cup, which started May 30, ends on July 14. Dhawan was the hero of India's win over Australia on Sunday with a knock of 117 off 109 balls. He played through pain after being hit on his left thumb by a rising delivery from pacer Nathan Coulter-Nile and would be sitting out of India's next match against New Zealand here on Thursday.

Designated standbys Rishabh Pant and Ambati Rayudu are in contention to replace Dhawan in case he is completely ruled out of the event. But the team management might push for Mumbai batsman and India A captain Shreyas Iyer as he is a specialist No.4 batsman.

Iyer is currently in England. Dhawan is being assessed by Patrick Farhart and specialists are being consulted right now to get a clear idea on his availability. Dhawan didn't take the field due to the injury during the clash against Australia and Ravindra Jadeja fielded in his place for the entire 50 overs. He underwent scans here in which the fracture came to light.