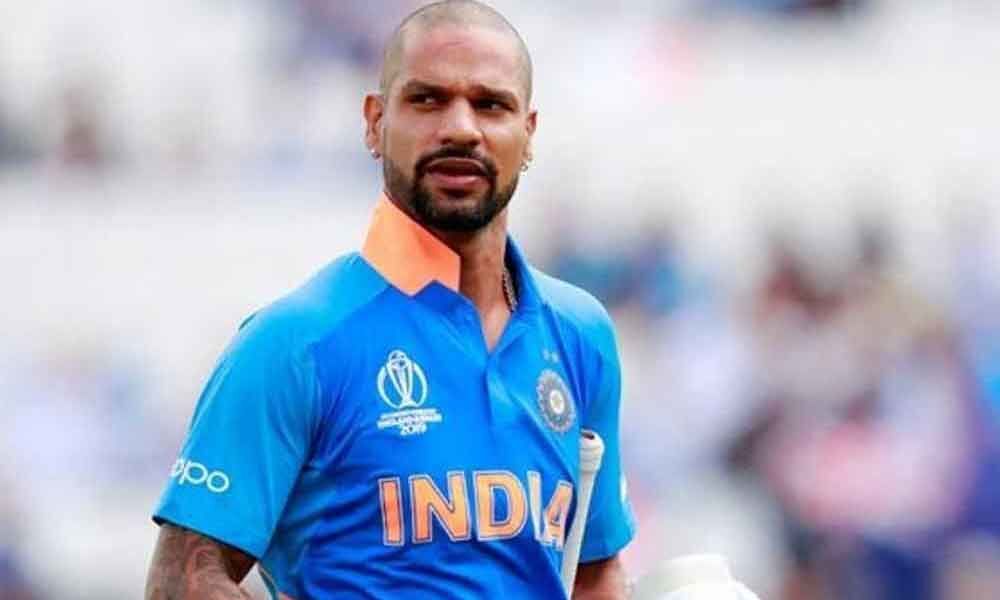 Port-of-Spain: Opener Shikhar Dhawan would be desperate for a big knock after four consecutive failures as India are eyeing another series victory when they clash with the West Indies in the third and final ODI here on Wednesday.

With scores of 1, 23, 3 in the Twenty series and single-digit score of 2 in the second ODI, Dhawan's comeback post injury has been far from ideal.

Since Dhawan is not part of the Test squad, the Delhi left-hander would like to finish the Caribbean assignment on a high.

There is another mini-battle brewing in the Indian batting line up for the number four slot with Shreyas Iyer putting tremendous pressure on Rishabh Pant.

Pant has enjoyed the backing of the team management, especially skipper Virat Kohli but his repeated failures and Iyer's 68-ball 71-run knock in the second ODI has made things different.

Pant's temperament is cause of concern as he threw away his wicket on numerous occasions. Any team would prefer a level-headed batsman for that crucial position and by his knock on Sunday, Iyer has made a strong case for himself.

Even legendary Sunil Gavaskar has vouched for Iyer for the number flour slot. He wants Pant to drop down to number five as he feels the wicketkeeper batsman is best suited to provide the late impetus.

Elsewhere on the batting front, Kohli would look to carry on with his good batting form after hitting a brilliant 120 off 125 balls in the second ODI.

Bhuvneshwar Kumar was the star for India with the ball in the last match with impressive figures of 4 for 31 from eight overs and the pacer would look to carry on his fine form in the coming matches of the tour.

Bhuvneshwar's pace colleague Mohammed Shami (2/39) and Kuldeep Yadav (2/59) also chipped in wickets but the left-arm spinner went for some runs and he would be hoping for better display in terms of economy rate.

Although teams don't prefer changing their winning combinations, Kohli might give Navdeep Saini a run in the last ODI by resting Shami.

West Indies, on the other hand, would be desperate to save the series with a win.

But for that to happen, West Indies' batting unit will have to take more responsibility. It's time talents like Shai Hope, Shimron Hetmyer and Nicholas Pooran rise up to the occasion for West Indies cricket to thrive.

After the final ODI, the two teams will battle in a two-match Test series, starting August 22 at North Sound, Antigua.