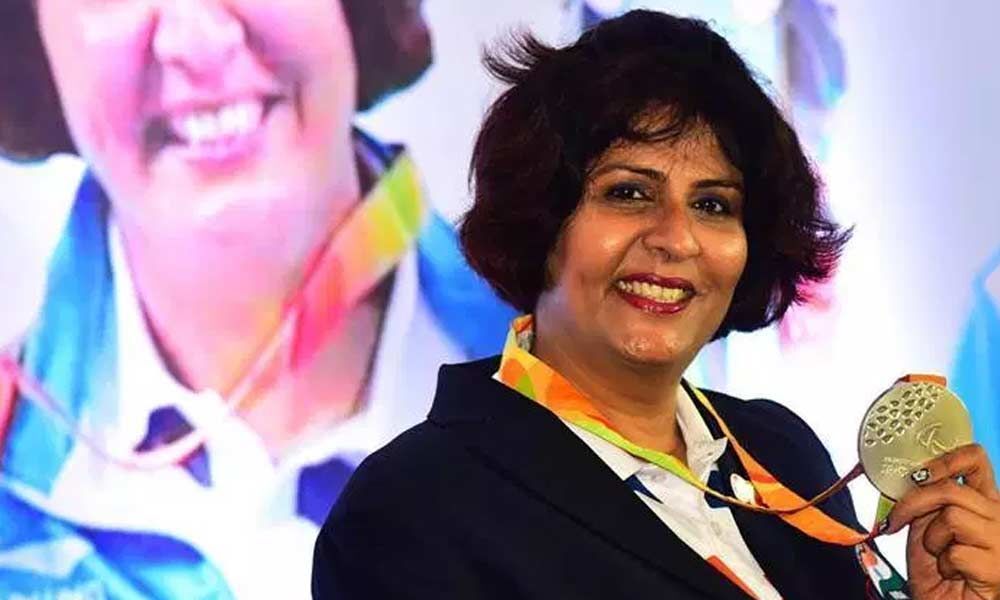 After being recommended for the highest sporting award in the country -- the Rajiv Gandhi Khel Ratna -- para athlete Deepa Malik has dedicated the honour to his late father Bal Krishan Nagpal, saying the recognition was a real tribute to "Sabka Sath, Sabka Vikaas."

New Delhi: After being recommended for the highest sporting award in the country -- the Rajiv Gandhi Khel Ratna -- para athlete Deepa Malik has dedicated the honour to his late father Bal Krishan Nagpal, saying the recognition was a real tribute to "Sabka Sath, Sabka Vikaas."

The government on Saturday decided to recommend Deepa's name for the Khel Ratna award. She will become the second para athlete to be honoured with the prestigious award after javelin thrower Devendra Jhajharia in 2017.

Deepa is the first Indian woman to win a medal in Paralympic Games, winning a silver in shot put at the 2016 Summer Paralympics in Rio de Janeiro. She also won the gold in F-53/54 javelin throw at the Para Athletic Grand Prix in Dubai in 2018.

Talking to IANS, the 48-year-old said: "I feel Narendra Modi's vision of 'Sabka Sath, Sabka Vikaas' has gripped the entire nation. I am thankful to the jury members and the sporting world for realising the hard labour of the para athletes. It is a motivation for the entire para-movement and will boost the confidence of every athlete during the Tokyo Olympics."

"This honour is not just for me, but for the entire para-athlete community. I am also thankful to the Paralympic Committee of India and my friends, coaches and people who have always supported me," she said, adding: "I dedicate this award to my father who was waiting for it for a long time. I lost him last year, and had he been alive, he would have been the happiest person."

Deepa will not participate in next year's Tokyo Paralympics as her category has not been included in the Games. She is presently gearing up for the 2022 Commonwealth Games to be held in Birmingham.

Talking about the hardships faced by para-athletes, she said: "We face a number of problems as sometimes our category features in some events and at other times it doesn't. Many a time, our event also gets changed. We don't get a direct entry and have to earn quotas to participate."

"If you see normal athletics, there is just a single race for everyone in the 100 metre category, while para athletes have 48 different categories. Due to this, it becomes difficult to manage the para athletes and the world thinks that we don't have any quality or talent.

"However, I feel that there have been changes which are good for all of us. It is great to see the sporting fraternity recognise my performance," she concluded.