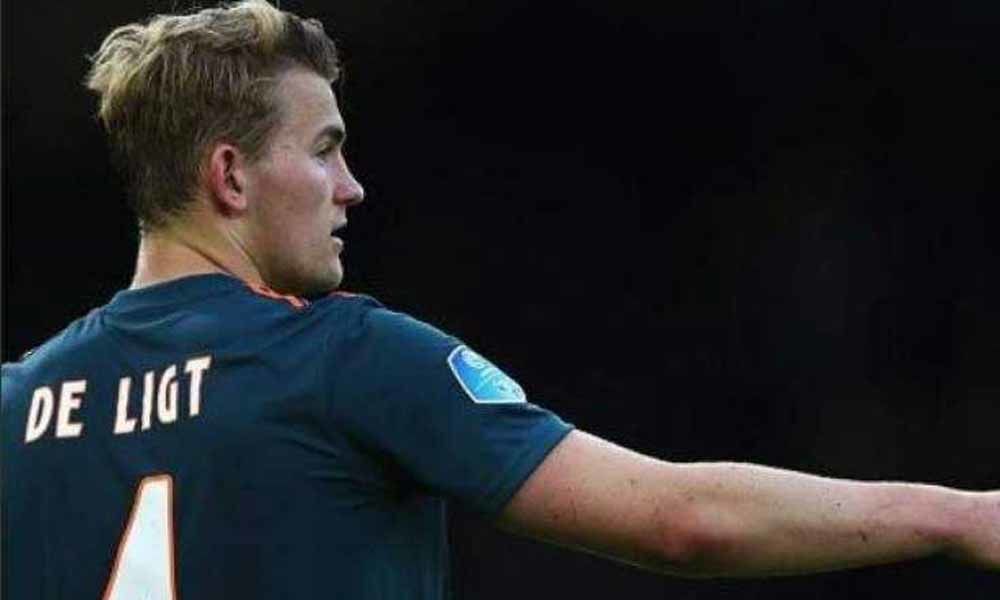 De Ligt has been linked with many of Europe's leading clubs after his impressive play for resurgent Ajax and Holland last season.

The 19-year-old who led Ajax to the Champions League semi-finals is due to undergo a medical before signing for Juventus for a reported 75 million euros ($85 million).

"Here he is!" Juventus announced on Twitter, with a video of the Dutch international disembarking from a private jet at Turin airport.

In a separate clip the teenager says: "Hello Bianconeri, this is Matthijs, I'm really happy to be here."

De Ligt has been linked with many of Europe's leading clubs after his impressive play for resurgent Ajax and Holland last season.

He has played 117 games for Ajax in all competitions, scoring 13 goals, including three as the club reached the last four of the Champions League last season, only to lose in the final seconds to Tottenham.

De Ligt scored the winner in Turin as Ajax eliminated Juventus in the quarter-finals.

He has played 17 times for the Netherlands.