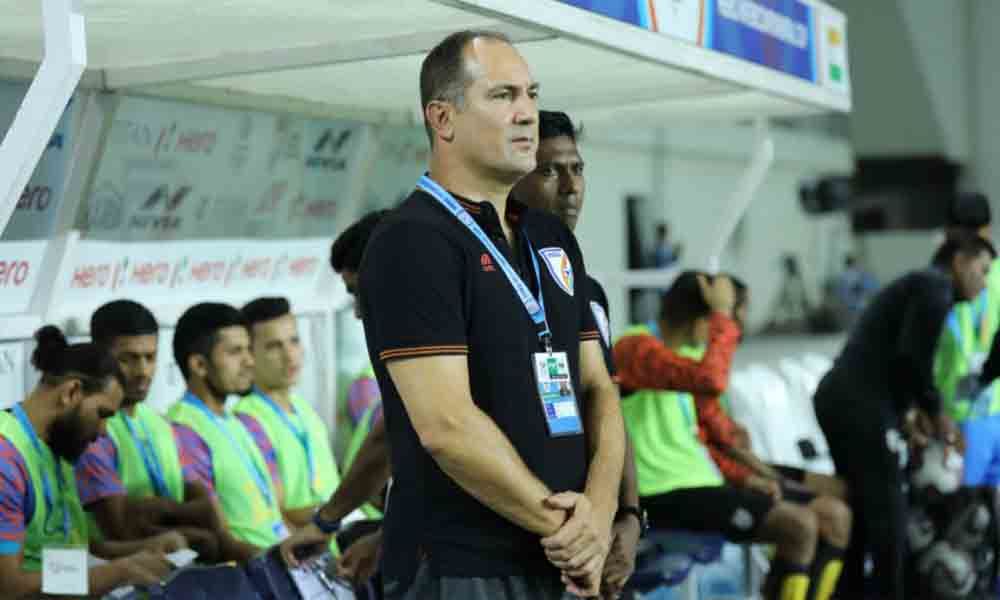 The Indian football team is likely to open their second round of the Asian qualifiers for the 2022 FIFA World Cup campaign against Oman on September 5 at the Indira Gandhi Athletic Stadium in Guwahati if all goes as per plan.

Kolkata (IANS): The Indian football team is likely to open their second round of the Asian qualifiers for the 2022 FIFA World Cup campaign against Oman on September 5 at the Indira Gandhi Athletic Stadium in Guwahati if all goes as per plan.

India have been clubbed in Group E alongside Bangladesh, Oman, Afghanistan and hosts Qatar. According to the schedule, the Blue Tigers coached by Croatian Igor Stimac are slated to take on Oman in their first game at home.

Speaking to IANS, sources in the All India Football Federation (AIFF) said Guwahati could be a possible venue as after the advent of the Indian Super League (ISL), the facilities and infrastructure has improved a lot with NorthEast United calling the stadium their home.

"AFC officials will inspect the venue soon and we will take the final call then. But as things stand now, Guwahati is the frontrunner for the first game," the source said.

Guwahati also successfully hosted matches of the FIFA U-17 World Cup in 2017.

India will also take on Bangladesh at home, the venue for which is likely to be Kolkata's Vivekananda Yuba Bharari Krirangan as Guwahati hosting the neighbours could lead to unwanted tension after the episode with regards to Assam's National Register of Citizens process that was aimed at identifying undocumented migrants.

Besides being home to ISL outfit ATK, the colossal Vivekananda Yuba Bharari Krirangan hosted the final of the U-17 World Cup between England and Spain witnessing record turnout.

The other venue to host home matches for the second round of the Asian qualifiers for the 2022 FIFA World Cup is Mumbai's Football Arena which is home to Mumbai City FC and also hosted the inaugural Intercontinental Cup last year.

The 34 top-ranked Asian sides as per the FIFA world rankings for June are joined in the second round by the six winners (Bangladesh, Cambodia, Guam, Malaysia, Mongolia and Sri Lanka) of the Round 1 ties.

The competing nations were drawn into eight groups of five teams, with a side from each of the below pots (also determined by June's FIFA rankings) making up the five-team pools.

The matches in the second round will be played from September 5 to June 9, 2020. The group winners and four best runners-up (12 teams in total) will advance to the third round of Asian World Cup qualifiers.

The group stage will be played in a double round-robin format where all teams will face each other twice in home and away conditions.