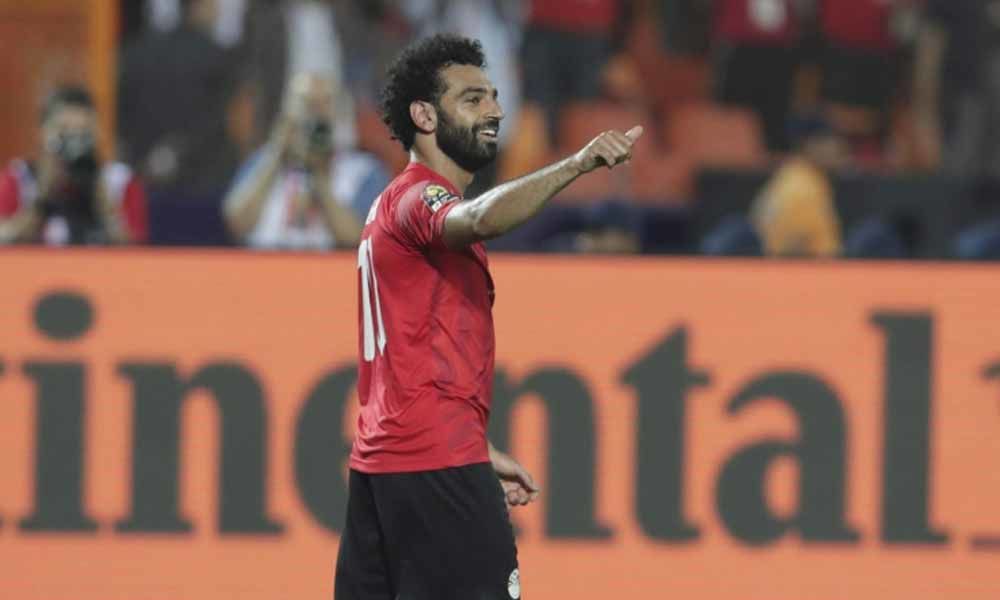 Egypt overcame the distraction of Amr Warda being banished from the squad earlier in the day over mounting sexual harassment allegations.

CAIRO: Mohamed Salah scored his first goal of the Africa Cup of Nations as hosts Egypt secured a place in the last 16 on Wednesday with a 2-0 win over the Democratic Republic of Congo.

Ahmed Elmohamady prodded Egypt ahead on 25 minutes after a wicked Salah cross and the Liverpool star slammed in a second shortly before half-time to spark frenzied celebrations at a packed Cairo International Stadium.

Record seven-time champions Egypt rode their luck at times as DR Congo twice struck the crossbar in the first half but the Group A leaders held firm to join Nigeria as the first teams through to the knockout phase.

Egypt overcame the distraction of Amr Warda being banished from the squad earlier in the day over mounting sexual harassment allegations.

"I think the team is strong and the squad is strong but we are not happy to lose a member of our family," said coach Javier Aguirre.

"The team focused more on our match and played the 90 minutes in a serious manner. I don't think the Egyptian team will be affected by the absence of anyone."

Mexican Aguirre fielded the same side that defeated Zimbabwe 1-0, with centre-back Ahmed Hegazy sporting a mask after breaking his nose in the opening game of the tournament.

Salah was guilty of missing a hatful of chances in the curtain-raiser and this season's Premier League joint top scorer again threatened inside five minutes here when an interception broke his way only for the Egyptian to skew wide under pressure.

After four days of small crowds, another capacity 75,000 crowd turned out to cheer on the hosts in the capital, but they were nearly silenced when Marcel Tisserand slammed against the bar at a corner.

DR Congo came to Egypt as one of the most unpredictable qualifiers having finished third in 2015 only to make a timid quarter-final exit two years ago, and they fell behind for the second straight game as Elmohamady forced home after the ball fell kindly to him following an aerial challenge with Christian Luyindama.

Having created the opener with his vicious right-wing cross, Salah then stung the palms of Ley Matampi with a powerful 25-yard free-kick.

Egypt would be rescued by the woodwork once more though when a deep cross was nodded back across goal by Bokadi Bope and Jonathan Bolingi's looping header bounced back off the bar.

With his side riding their luck, Salah rose to the occasion and settled Egyptian nerves two minutes before half-time with a typically brilliant finish.

Played into space down the right by Mahmoud 'Trezeguet' Hassan, Salah skipped inside Tisserand and ripped a crisp low drive inside Matampi's near post to cue a volcanic eruption from the masses of delirious Egyptian supporters.

Mohamed El Shenawy produced an excellent sprawling second-half save to claw out a Jacques Maghoma header, but despite an improvement on a horror first outing, DR Congo now knows they must beat Zimbabwe in their final game in order to possibly advance as one of the four best third-place finishers.

"The feelings are mixed when you play such a match. Unfortunately, we lost so the feeling is one of hurt, particularly for my players. They gave a lot and fought hard but didn't get the result," said DR Congo coach Florent Ibenge, whose side fell 2-0 to Uganda in their opening match.

"We've got one match left against Zimbabwe and we can hope for third place. We're going to fight until the end."