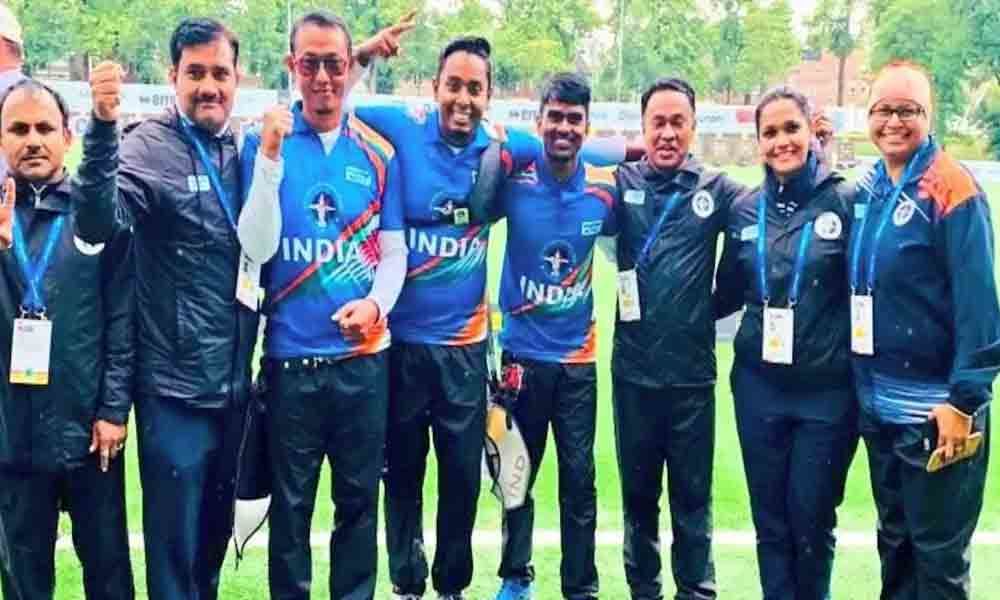 The Indian men's archery team on Wednesday secured the quota for the 2020 Tokyo Olympics by entering the quarterfinal of the World Championships with a 5-3 win over Canada here.

Den Bosch (The Netherlands) (IANS): The Indian men's archery team on Wednesday secured the quota for the 2020 Tokyo Olympics by entering the quarterfinal of the World Championships with a 5-3 win over Canada here.

For the first time after the 2012 London Olympics, the Indian men made the cut to secure a team quota. They had failed to qualify for the Rio Games three years back.

The Indian trio were off to a good start with three perfect shots including one X to take the first set with a one-point (56-55) lead.

They held on to their start and scored one point more than the first set with another perfect start in the second set where the trio hit two Xs and one 10 to edge out their opponents once again by one point (57-56) and race to a 4-0 lead.

Canada did well to bounce back and grab the third set (58-54), hitting four perfect shots with two Xs to take the match to the decider.

The Indians needed a tie, and levelled the scores at 57-all to seal the issue 5-3 and secure an Olympic berth.