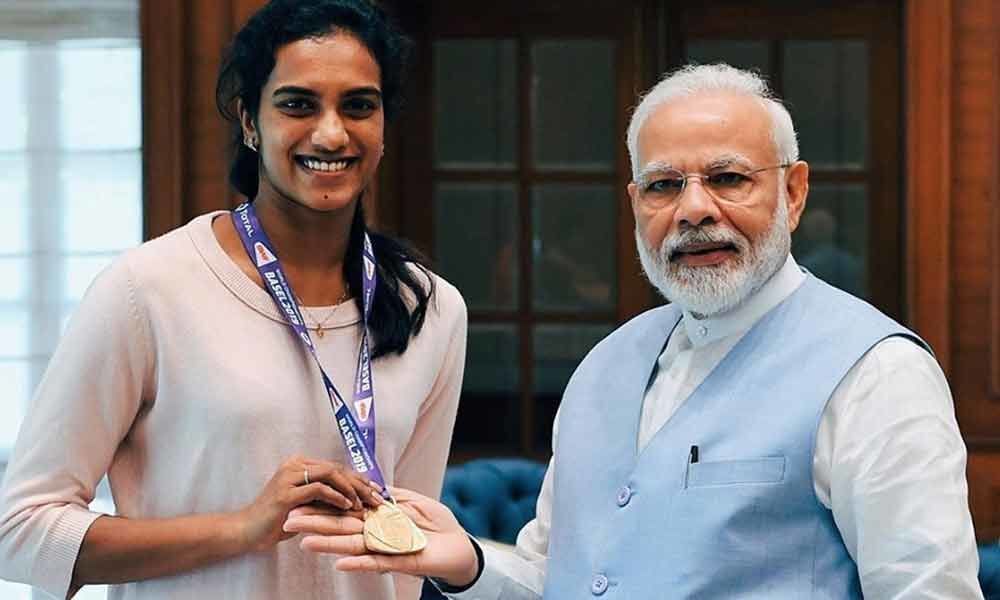 While Sindhu and Sai Praneeth won gold and bronze, respectively at the World Championships in Basel, Switzerland, 12 more medals came home from the same city where the paralympics competition was also held. Of these 12 medals, three were gold.

After Sindhu who defeated Japan's Nozomi Okuhara in the finals of the World Championships on Sunday, Modi met her on Tuesday on her return.

Kadam wrote to the Prime Minister that the para-contingent also won 12 medals in Para-Badminton World Championship and would "want your blessings".

"Honorable Narendra Modi sir, we Para Badminton Athletes also won 12 medals in Para-Badminton World Championship and we also want your blessings. Request you to allow us to meet as we missed a chance after Asian Games," Sukant tweeted.

A day after Sukant's tweet, the Prime Minister tweeted: "130 crore Indians are extremely proud of the Indian Para Badminton contingent, which has brought home 12 medals at BWF World Championship 2019.

"Congratulations to the entire team, whose success is extremely gladdening and motivating. Each of these players is remarkable!"

Sports Minister Kiren Rijiju on Tuesday also handed over Rs 1.82 crore to the medallists of the Para-Badminton World Championship. While the gold medal winners were given Rs 20 lakh each, the silver medallists were given 14 lakh and bronze winners Rs 8 lakh each.

"They are the stars of India. Let's salute our Para-Badminton players who brought laurels for India. Today, Sports Ministry took a decision to handover the cash money to every player at the time of arrival itself which would amount up to 20 lakhs per athlete," Rijiju tweeted.