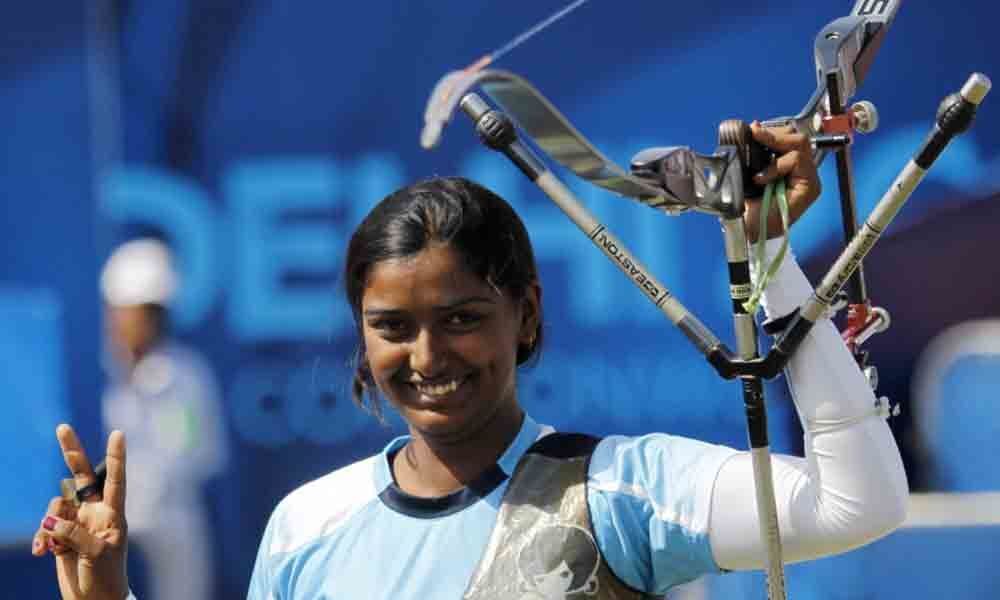 Deepika shot 668 out of a possible 720 points at the 72-arrow 70-metre round to qualify for the knock-out round while Atanu Das was ranked 19th in the men's section.

Deepika's impressive show enabled India to get a fourth rank in the mixed pair event at the Yumenoshima Archery Field which is hosting its first international competition.

The Indian pairing of Deepika and Atanu will now take on 13th ranked Daniel Felipe Pineda and Ana Maria Rendon of Colombia in the first round of the 16-team draw.

Laishram Bombayla Devi and Komalika Bari were ranked 11th and 48th respectively in the women's section, while Pravin Jadhav (30th) and Tarundeep Rai (52nd) in the men's section were the other Indians in the fray. The test event will not have any team competitions.

131 athletes from 29 countries are participating in the event which is being held at the same venue that will be used next summer for the Olympic and Paralympic Games.

The week-long meet is entirely closed to spectators. The event provides athletes, coaches and staff the opportunity to see how things work before the quadrennial spectacle next year.