Malaise at Tottenham could intensify in North London derby 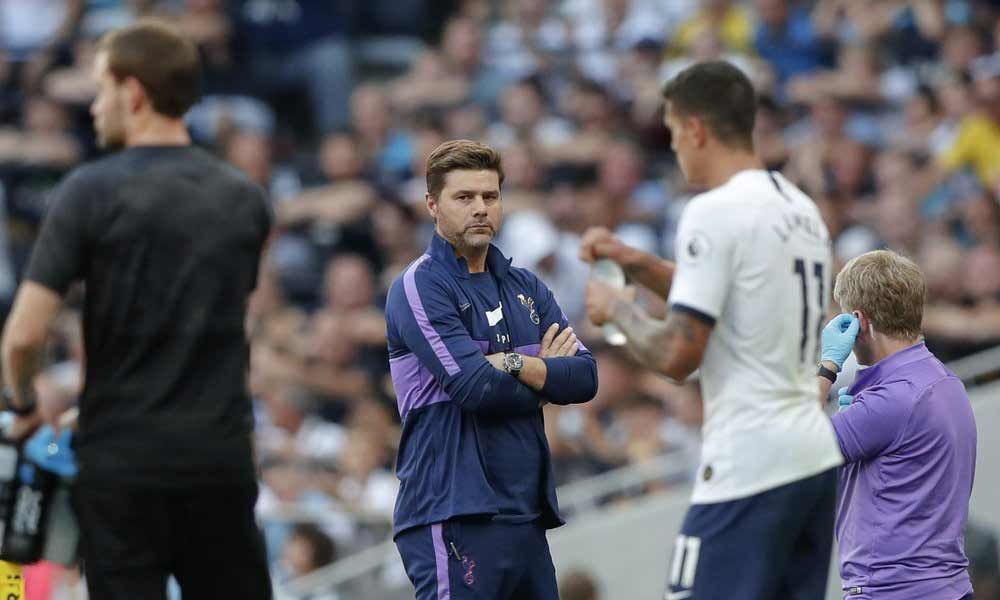 Three games isn’t usually a big enough window to make cast-iron judgments about any team in the Premier League.

Three games isn't usually a big enough window to make cast-iron judgments about any team in the Premier League.

Except, maybe, for Tottenham.

It's very early, sure, but something's amiss at last season's Champions League finalist.

Two of the team's best players, Christian Eriksen and Jan Vertonghen, are currently not being picked. Mauricio Pochettino, the manager, has spoken about a team spirit and dynamic that is "far, far away from what we expect." Then there's the most recent result, a 1-0 home loss to a Newcastle team which had lost its first two matches.

If any game can concentrate the minds, it is a game against a fierce local rival. So if Tottenham's players cannot rouse themselves on Sunday for a North London derby against Arsenal at Emirates Stadium, there really is a problem.

The malaise stretches back to last season.

The team's run to a first ever Champions League final, as mind-blowing as the achievement was, somewhat glossed over a dramatic dip in form on the domestic front when Tottenham won only three of its last 12 Premier League games.

Take those dozen games and add the first three from this season, and only two teams — Brighton and Watford — have fewer points than Tottenham's 15 (four wins, three draws, eight losses).

Some will argue this is a season too far for Pochettino, who had said ahead of the Champions League final that he might quit his job if his team beat Liverpool in the final in Madrid. Tottenham lost 2-0 in a fairly underwhelming game and Pochettino is now taking charge of his sixth season at the London club — making him currently the longest-serving manager to work solely in the Premier League.

Have things just gone a bit stale, especially with Tottenham so inactive in the transfer market in recent years? The signings of Tanguy Ndombele, Ryan Sessegnon and Giovani Lo Celso this offseason were the club's first since January 2018, and none of them started against Newcastle on Sunday because of injury or a lack of fitness.

If that is guesswork, there's no doubting the issues with Eriksen and Vertonghen, who are two of Pochettino's senior players.

Eriksen has been a substitute for two of Tottenham's three games this season and the team has missed the playmaker's creativity and vision, improving immeasurably once he came on as a second-half substitute. Eriksen acknowledged during the offseason that he "might want to try something new" after six years at Tottenham and speculation persists that he could leave before the European transfer window shuts on Sept. 2.

Vertonghen's absence has come as more of a shock. The team's most reliable defender, Vertonghen was left out of the 3-1 win over Aston Villa — the three goals were scored from the 73rd minute, after Eriksen's introduction — for what Pochettino said were "tactical reasons."

Vertonghen has stayed on the bench against Newcastle and for the 2-2 draw at Manchester City the previous weekend, when City had 30 shots and Tottenham scored from both of its shots on target.

"I cannot pick more than 11 players," Pochettino said over the weekend, explaining the omissions of Vertonghen and Eriksen.

There are also issues at fullback, which has been a key area of Pochettino's team. Right back Kieran Trippier left for Atletico Madrid, where he has made an impressive start to the season, and 22-year-old replacement Kyle Walker-Peters got injured against Newcastle. There has been uncertainty over the future of left back Danny Rose, too.

Because of Eriksen's absence, striker Harry Kane has been dropping deeper — his average position against Newcastle was nearer the center circle than the penalty area — to help with the build-up of play, which limits his effectiveness. His two goals this season came against Villa, in the 86th and 90th minutes.

Tottenham hasn't been helped, either, by the recent absence of attacking midfielder Dele Alli, although he might be back for a game against Arsenal which suddenly has more riding on it than simply local bragging rights.

It's a big three days for Tottenham. A derby against Arsenal on Saturday, followed by the final day of the European transfer window on Monday when the immediate future of Eriksen, Vertonghen and maybe others will be resolved.