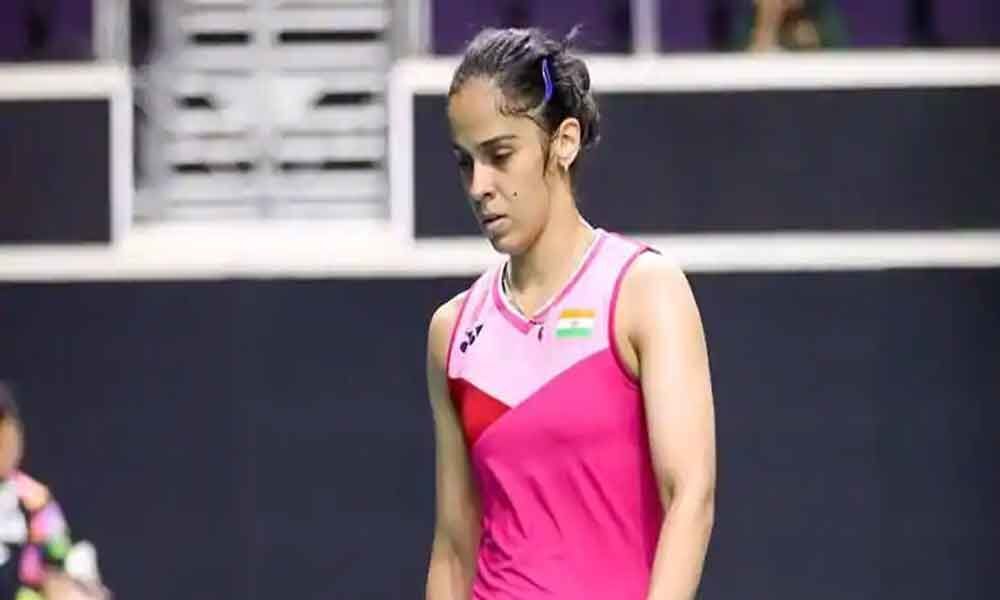 Saina, a World Championship silver medallist, trailed 0-4 in the first game and was unable to keep up with her opponent losing 16-21.

The 29-year-old Olympic bronze medallist and world number nine lost 16-21 23-21 4-21 to her 19-year-old opponent in the women's singles match that lasted one hour and seven minutes.

Earlier in the day, the pair of Ashwini Ponnappa and N Sikki Reddy fought hard against Chinese duo of Liu Xuanxuan and Xia Yuting before losing 14-21 23-21 14-21 in an hour and 10 minutes.

But the men's doubles pair of Manu Attri and B Sumeeth Reddy registered a win over New Zealand's Joshua Feng and Jack Jiang 21-17 21-10.

Saina, a World Championship silver medallist, trailed 0-4 in the first game and was unable to keep up with her opponent losing 16-21.

Wang stretched Saina in the second game which the Indian won 23-21. There was no fightback from the Indian in the decider as Wang won eight consecutive points to win it easily.

Anura Prabhudesai also lost to world number 15 Li Xuerui 9-21 10-21 in singles first round on a disappointing day for Indian shuttlers.