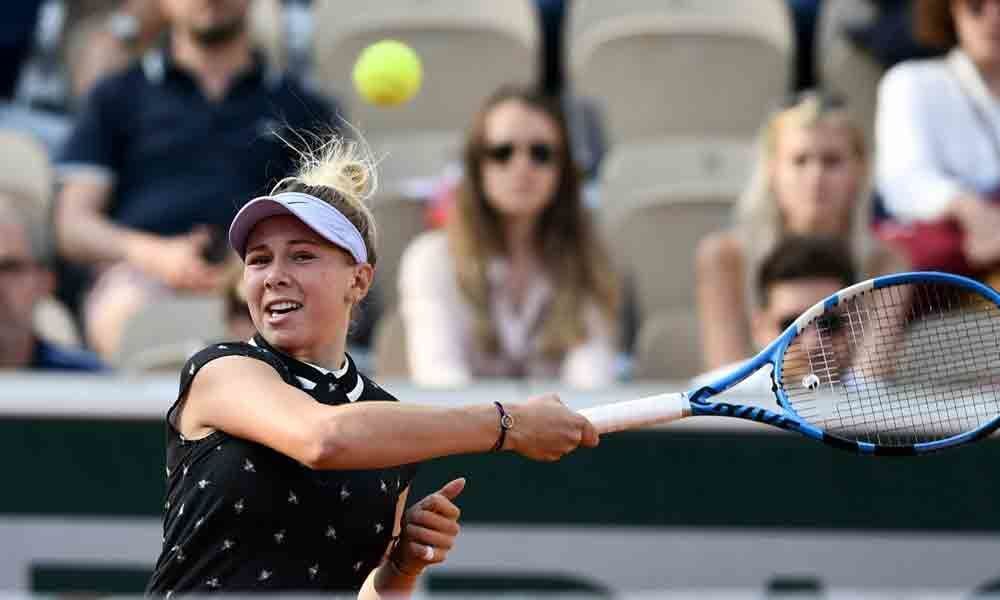 American teenager Amanda Anisimova said she was “excited” and did not suffer from nerves after stunning defending champion Simona Halep on Thursday to reach a French Open semi-final against Australian eighth seed Ashleigh Barty.

Paris (AFP): American teenager Amanda Anisimova said she was "excited" and did not suffer from nerves after stunning defending champion Simona Halep on Thursday to reach a French Open semi-final against Australian eighth seed Ashleigh Barty.

The 17-year-old downed Halep 6-2, 6-4 on Court Philippe Chatrier to announce herself on the big stage, while Barty saw off 14th seed Madison Keys 6-3, 7-5 to also become a first-time Grand Slam semi-finalist.

"If I didn't look nervous is because I wasn't," said world number 51 Anisimova, who is the youngest player to reach a major semi-final since Nicole Vaidisova at the 2007 Australian Open. "I was just super excited and I was really happy with the opportunity. This is more than I could have asked for." The last-four ties will be played on Friday, after Wednesday's downpour in Paris caused a backlog of matches, with the women's semi-finals held on Court Suzanne Lenglen and Simonne Mathieu to keep Chatrier free for the men's semis.

"Actually, I'm really happy that I get to play tomorrow," said Anisimova. She is the youngest American woman to make the last four at a major since Venus Williams at the 1997 US Open, and the youngest to reach the semis at Roland Garros since Jennifer Capriati in 1990.

Barty also won in relative comfort on Court Suzanne Lenglen to go one better than her run to the Australian Open last eight earlier this year. The 23-year-old was too consistent for American Keys, hitting 16 winners and four aces.