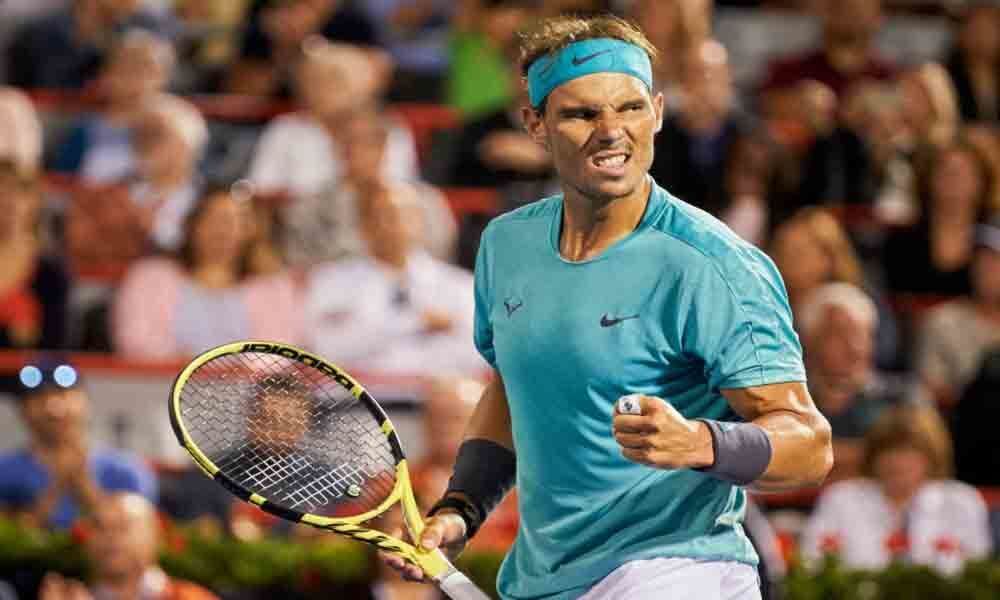 Rafael Nadal and Bianca Andreescu won the respective men’s singles and women’s singles titles of the Rogers Cup after winning their final clashes.

Meanwhile, Nadal has withdrawn from the Cincinnati Masters for the second year in a row after lifting ATP Montreal title for US Open preparation.

In men's singles, Nadal defended his title with an easy win over Daniil Medvedev of Russia in the summit clash on Sunday.

The world number two efficiently disposed of Medvedev in two sets (6-3, 6-0) in a surprisingly quick clash which lasted for just 70 minutes.

During the course of the game, Nadal racked up 59 points versus 36 for Medvedev, who was never a threat to the reigning champion. With the win, Nadal added a fifth Canadian crown -- his third in Montreal -- to his crammed trophy case. Still the triumph is the first hard court title he has ever defended.

"I have more to learn. I'll be back next year with new knowledge to approach important matches," said Medvedev after the match. However, Nadal had only praise for his rival.

"He has so much talent, but some days are better than others," said Nadal. "I'm very comfortable here, in Montreal, where I feel almost at home. And I'm very impressed with Tennis Canada's work and the progress of Canadian tennis. It's encouraging for the future of our sport."

Meanwhile, in women's singles event, Andreescu became the first Canadian champion at Rogers Cup after Serena Williams was forced to due to an upper back injury. Andreescu led 3-1 in the first set when Williams, a three-time winner in Canada, called the trainer out.

"This isn't the way I expected to win or for (Serena) to go off the court, but you (Serena) are truly a champion on and off the court," said Andreescu after her win. "I'm speechless. I'm the first Canadian to win here since 1969. It's a dream come true. I've had many, many tough matches, (but) I kept telling myself, 'Never give up.' I tried to look at it all as a challenge and not a setback."

Meanwhile, a teary-eyed Serena said: "I'm sorry I couldn't do it today. I tried, but I couldn't. Bianca, you're a great sportswoman. It's been a tough year but I'm going to keep going."