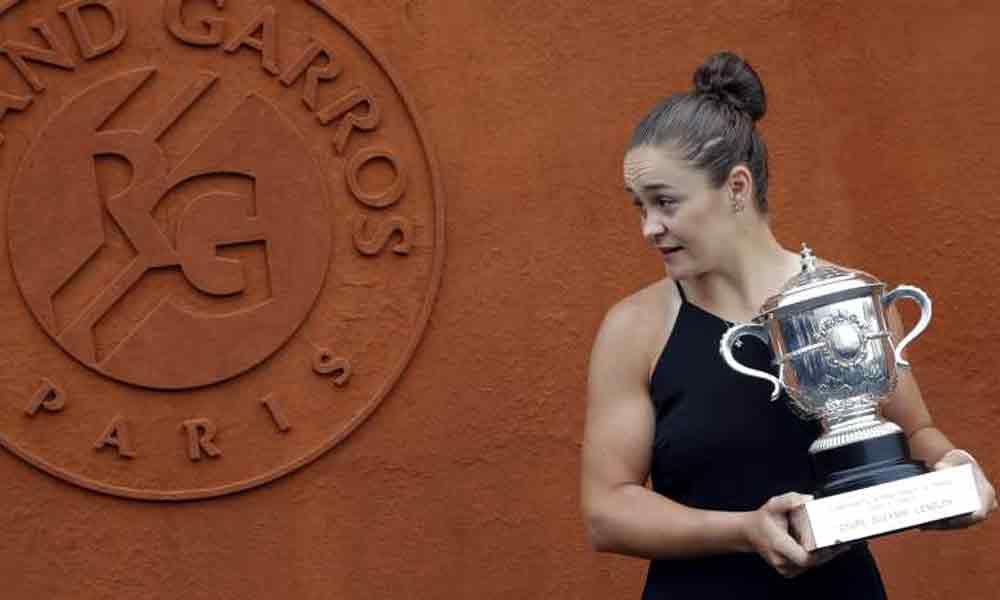 Kyrgios is not surprised by the sudden rise of a player he has known since they travelled the world together as juniors.

LONDON: French Open champion Ashleigh Barty has the talent to dominate women's tennis for years to come, according to fellow Aussie Nick Kyrgios.

Barty, who took a hiatus from tennis early in her career to play cricket, ended an eight-year wait for an Australian player to win a singles Grand Slam at Roland Garros earlier this month.

But Kyrgios is not surprised by the sudden rise of a player he has known since they travelled the world together as juniors.

"I think she's probably the most talented tennis player I have seen in a long time," said Kyrgios ahead of his participation at Queen's Club in London this week.

"I played juniors with her. I grew up with her. Literally we were travelling to Thailand through Asia and playing juniors. She was raking up titles in juniors. I always knew that she was going to be a champion at some stage, just how bad she wanted it.

"Obviously she took that break to get her mind right and step back from the sport, and then she came back and was so dominant. I actually think she's probably one of the favourites for Wimbledon, for sure.

"I think Australia has been waiting for that next player to win a Grand Slam and I think she was our best chance. She's amazing. I mean, she's gonna pile them up."

Kyrgios, by contrast, is still waiting for his Grand Slam breakthrough with a series of high-profile on-court tantrums undermining his talent.

The 24-year-old pulled out of the French Open, saying the tournament "sucks" in comparison to Wimbledon, where he reached the quarter-finals in 2014.

Rafael Nadal claimed a 12th title in Paris with the Spaniard, Roger Federer and Novak Djokovic now combining to win the last 10 Grand Slam titles despite all three reaching their thirties.

Kyrgios, though, believes Wimbledon presents the best opportunity for the younger generation to snap that streak.

"I think Wimbledon is probably the most open one," added Kyrgios.

"I say if somebody is serving big and feeling themselves that week, I think for sure they could probably make more of a run.

"I definitely feel like I can do damage. I have had a lot of good wins on grass. Obviously made a quarter-final run when I was a little bit younger, but I think if the stars align, for sure I can do damage there."