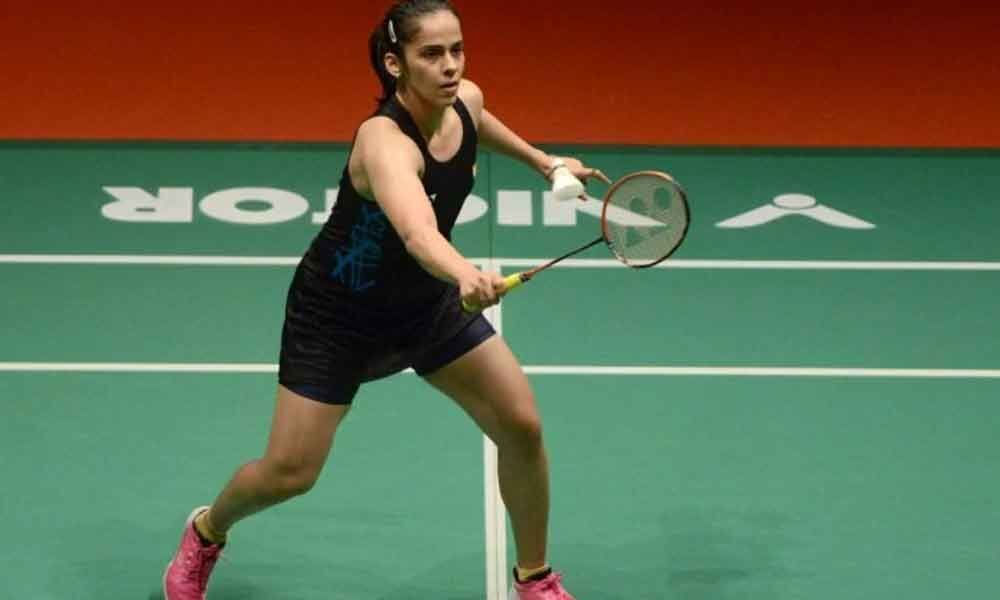 Nehwal was able to win the first game, but Takahashi made a strong comeback as she registered strong performances in second and third games.

Bangkok: Indian shuttler Saina Nehwal was knocked out of the ongoing Thailand Open on Thursday as she was defeated by Japan's Sayaka Takahashi 21-16, 11-21, 14-21 in the second round.

Nehwal was able to win the first game, but Takahashi made a strong comeback as she registered strong performances in the second and third games to win the match.

Earlier in the day, Satwiksairaj Rankireddy and Chirag Shetty progressed to the third round of the Thailand Open as they defeated Fajar Alfian and Muhammad Rian Ardianto 21-17, 21-19.

Later in the day, Kidambi Srikanth and Parupali Kashyap will be in action as they will face Thailand's Khosit Phetpradab and Chinese Taipei's Chou Tien Chen in their respective men's singles matches.

Nehwal had made a strong return to the badminton court on Wednesday as she registered a straight-game win over Thailand's Phittayaporn Chaiwan.