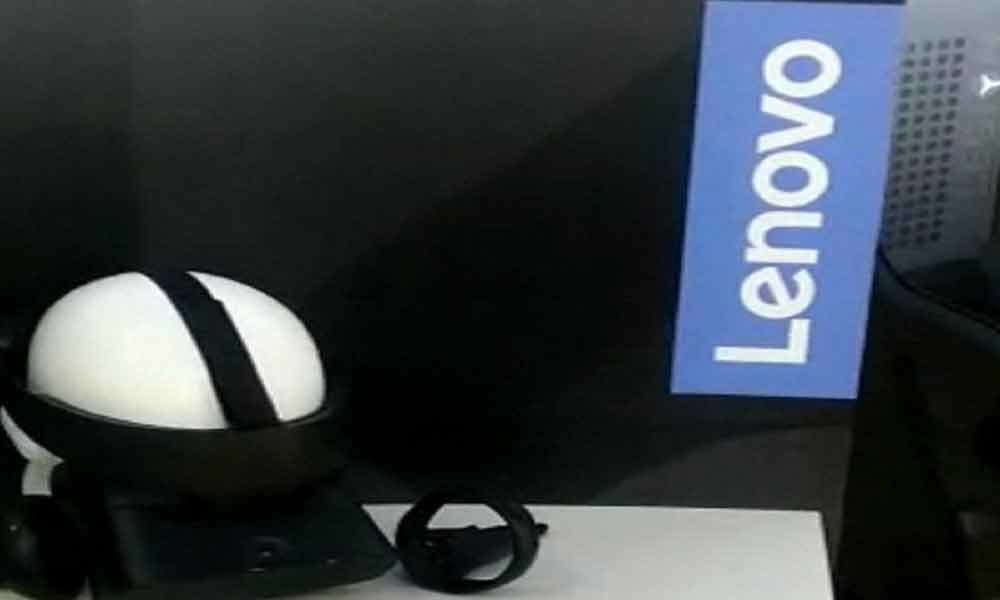 Chinese technology giant Lenovo, that recently won a mammoth 1.5 million laptop order from the Tamil Nadu government, is keen to push the frontiers of its growth in the India deeper with its personal computers range where the "headroom for growth is significant", says Bhaskar Choudhuri, Chief Marketing Officer, Lenovo Asia Pacific.

Berlin: Chinese technology giant Lenovo, that recently won a mammoth 1.5 million laptop order from the Tamil Nadu government, is keen to push the frontiers of its growth in the India deeper with its personal computers range where the "headroom for growth is significant", says Bhaskar Choudhuri, Chief Marketing Officer, Lenovo Asia Pacific.

According to Choudhuri, India has the lowest cost of data in the world, which is "allowing India to leapfrog" into the smarter tech for all market, and how such devices can play a role in making the customers' life better.

"India has the lowest PC household penetration than in any other place it the world. Our headroom for growth is significant," Choudhuri told IANS in an interview on the sidelines of the IFA 2019 here where Lenovo unveiled a new range of its sleek and stylish Thinkbooks and Yoga PCs.

"India has remained a very critical market for Lenovo since we launched in the country 12-13 years ago, so much so that in the last four years, the highest body of Lenovo, the Lenovo Executive Council has visited India twice, and has held their meetings here," he informed.

The reason for India is no secret, because it's still one of the economies that is growing as one of the strongest, and it's a scale economy.

"This factor, coupled with the penetration of PCs, against that in comparable economies, where India still has a long way to go for device adoption and device penetration, whether in PCs or smartphones.

"Therefore, especially for Lenovo the headroom for growth is significant, with our portfolio that spans from IOT products in the homes, like lights to speakers, to smartphones to tablets," Choudhuri said, adding that India is one of the few countries where Lenovo has its full portfolio on display.

He did not feel that price would be a hamper in growth in India, with the equal monthly instalment schemes available that would make the devices affordable.

Lenovo is upbeat on its Voice and Always On feature on its laptops.

"One of biggest features in Yoga is that with Alexa, the device is always on. Mails from office, messages from WhatsApp, they would continue to get downloaded even in the sleep mode, and with Alexa the device would act as a speaker, though having the laptop lid on. You can activate it through voice, ask Alexa for information on the weather, ask it to play songs," he noted.

This feature, he said, makes it even better than a smartphone, as in the latter, you would have to unlock the screen to get it to operate.

Choudhuri said that voice is a technology that Lenovo is "particularly interested in".

"If you see how industry has developed, one of the reasons why PCs started lagging is because we were held captive to the type interface, whereas smartphones brought in the touch interface. And if you look at the difference between type and touch, touch is more intuitive. And if you actually replace all your alphabets with icons that are easily understandable, then with touch interface literacy is no longer a barrier.

"And voice can be far more intuitive than even touch, because you don't need to physically touch the machine, and it completely takes away the literacy angle, which is a very big one for a place like India," Choudhuri said.

With Lenovo focusing on voice technology, with some samples in the use of Alexa, "we are heavily invested to see how we can really bring this about in the future".

He said the prices would be compatible in such technology-driven devices.

"Obviously, it cannot be limited to high end machines."

Lenovo, which has teamed up with online interactive learning platforms like Byju's, Vendantu and TopperLearning for its tablets, is seeing the market soar for the devices.

"Our tablets are one of the most value competitive products that you find in this category. It's not something aimed or targeted at the premium end of the market," Choudhuri said, adding that the commercial usage is fuelling tablet growth.

"From the outside, the world may think tablets are getting obsolete. While the consumer end of the market may be declining, on the commercial side, if you look at education, in our partnership with a player like Byju's, there is enormous adoption of the device that is happening in India.

"There are a few state governments that are also using or giving out tablets as an educational device. We are working with Byju's, with Vedantu, TopperLearning, and with more such start ups."

Besides education, tablets are very much in use in the retail landscape, he said.

"In a restaurant, or in a Ola cab, there is a good chance the tablet they are using is a Lenovo one. So tablet use cases in retail industries like this is really going up.

"In sales too, in front line sales like order capturing, tracking, the adoption of tablets is also going up," Choudhuri added.