A baker's dozen of payloads on Chandrayaan-2 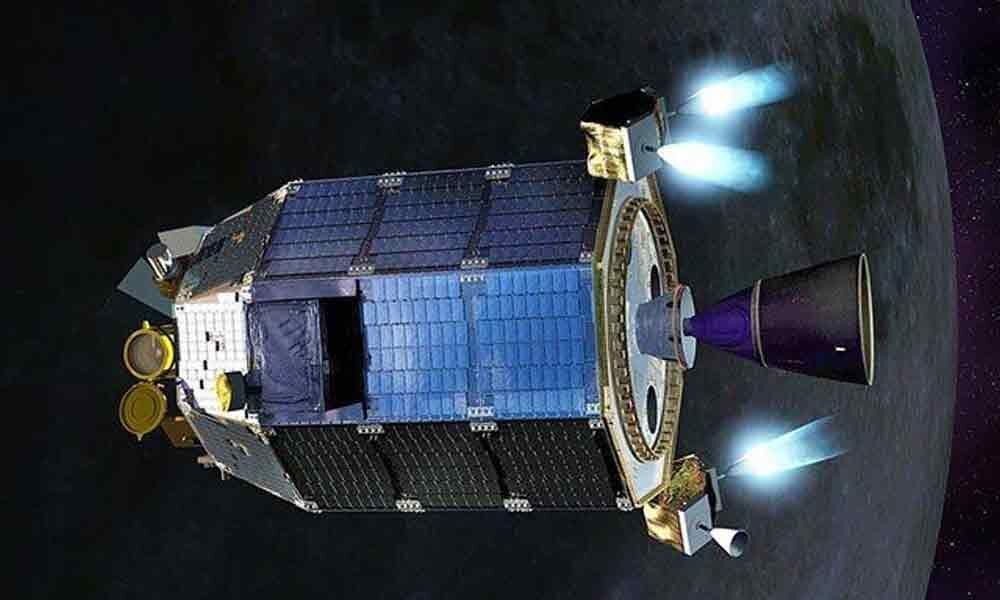 Bengaluru: India's second Moon mission that is planned for a July launch will have 13 payloads and one passive experiment from American space agency NASA, the Indian Space Research Organisation (ISRO) said on Wednesday.

"Thirteen Indian payloads (8 on orbiter, 3 on lander and 2 on rover) and one passive experiment from NASA," ISRO said in a mission update, but did not specify them or their objective. The spacecraft with a mass of 3.8 tonnes has three modules--Orbiter, Lander (Vikram) and Rover (Pragyan).

All the modules are getting ready for Chandrayaan-2 launch during the window of July 9 to July 16, 2019, with an expected Moon landing on September 6, the space agency said.

The orbiter will orbit 100 km from the lunar surface, while lander (Vikram) will do the soft landing near the south pole of moon, and Rover (Pragyan) will conduct in-situ experiments.

The orbiter and lander modules will be interfaced mechanically and stacked together as an integrated module and accommodated inside the GSLV MK-III launch vehicle, ISRO has said, adding the rover is housed inside the lander.

After launch into earth-bound orbit by GSLV MK-III, the integrated module will reach Moon orbit using orbiter propulsion module, and subsequently, lander will separate from the orbiter and soft land at the predetermined site close to lunar South Pole.

ISRO chairman K Sivan had said in January, "We are going to land at a place where nobody else has gone-the Moon's South Pole... it is unexplored region."