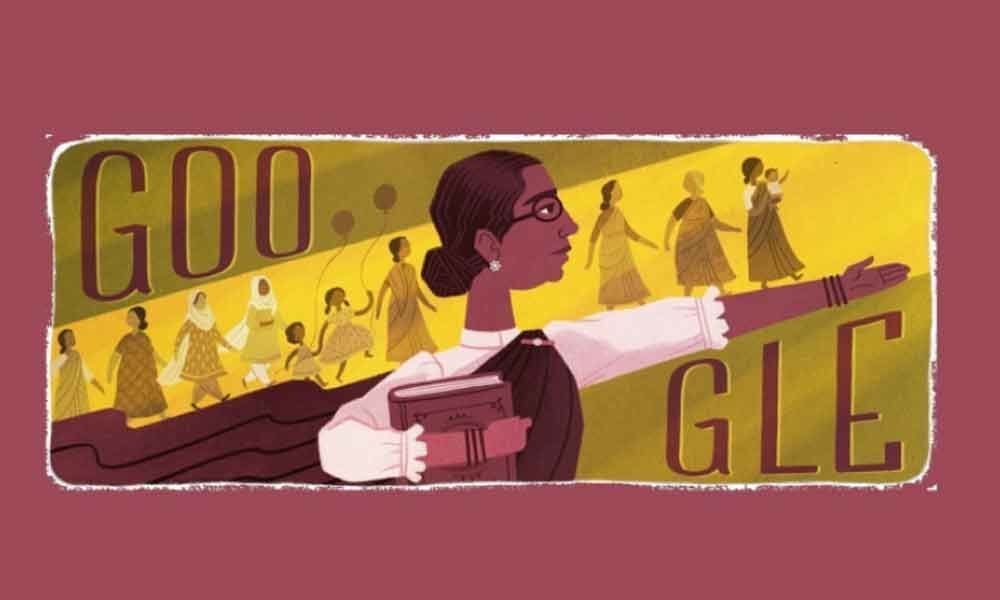 Dr Reddi was born on 30th July 1883 in Tamil Nadu. She studied in Maharaja College in Tamil Nadu and got graduated from the college with distinction. She became the first woman to work as a surgeon in a government hospital and the first female legislator in the history of British India.

Later gave up her medical career and joined the Madras Legislative Council. In 1918 she co-founded the Women's Indian Association in 1918. She devoted her life to public health and battled against gender inequality. She transformed the lives of countless young girls by raising the legal age of marriage and pushed the Council to pass the Immoral Traffic Control Act and the Devadasi System Abolishment Bill.

She resigned from the Council and supported Mahatma Gandhi's efforts for India's independence.

Google wrote in its blog, "After losing a sister to cancer, she launched the Adayar Cancer Institute in 1954. One of the most respected oncology centres in the world, it treats some 80,000 patients each year. In recognition of her service to her country, in 1956, Reddi was awarded the Padma Bhushan by the Government of India."

On Monday, the Tamil Nadu Government announced that the state government hospitals would celebrate her birth anniversary as 'Hospital Day' every year.