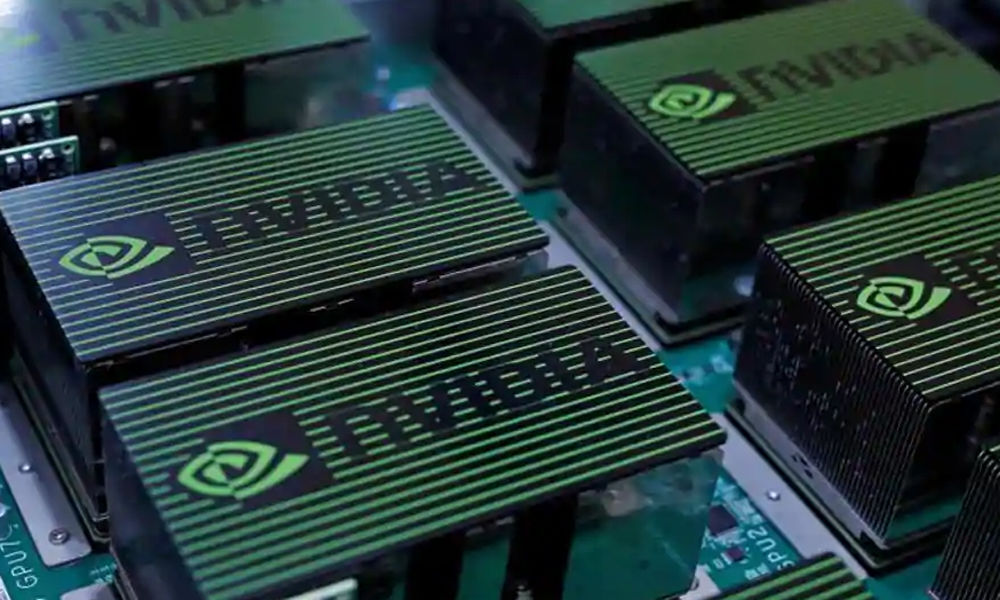 Chipmaker Nvidia Corp is nearing a deal to acquire peer Mellanox Technologies Ltd for more than $7 billion in cash, a person familiar with the matter...

Chipmaker Nvidia Corp is nearing a deal to acquire peer Mellanox Technologies Ltd for more than $7 billion in cash, a person familiar with the matter said.

The deal would be Nvidia's biggest-ever acquisition and boost its business of making chips for data centers, allowing it to reduce its reliance on the video game industry, for which it is best known as a major technology vendor.

Nvidia has outbid Intel Corp in the auction for Mellanox and could announce a deal as early as Monday, the person said. The source asked not to be identified because the negotiations are confidential. Intel and Mellanox did not immediately respond to requests for comment. Nvidia declined to comment. Financial news website Calcalist had reported earlier on Sunday that Nvidia had outbid Intel for Mellanox.

Mellanox's chips power high-speed networks connecting servers. The company, which is based in Israel and the United States, had a market capitalization at the end of trading on Friday of about $5.9 billion.

Data center revenue accounts for nearly a third of Nvidia's sales. Nvidia, based in Santa Clara, California has grown at a rapid pace in the past few years, under CEO Jensen Huang, but a slowdown in China and a fading cyrptocurrency craze have started to weigh on its sales in recent quarters.

In January, Nvidia, which has market capitalization of $91 billion, cut its fourth-quarter revenue estimate by half a billion dollars because of weak demand for its gaming chips in China and lower-than-expected data center sales. Nvidia's acquisition of Mellanox would also represent a win for activist hedge fund Starboard Value LP, which is a shareholder of the company and reached a deal with it last year over the composition of its board.