6 held for trying to smuggle leopard skin, teeth and nails in Mancherial 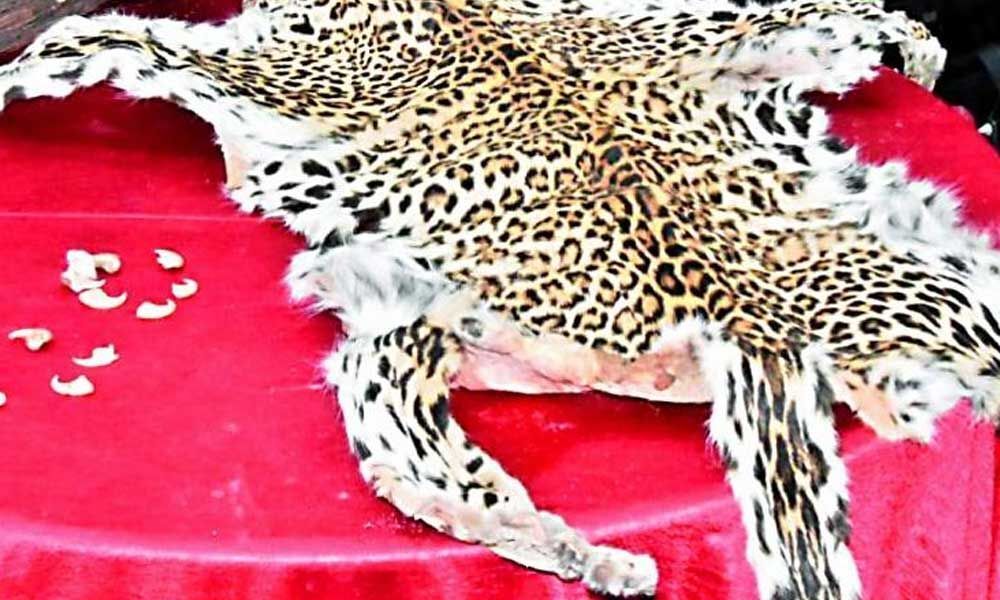 Six people were arrested for trying to sell leopard's skin, teeth and nails in Mancherial district.

According to the Ramagundam CCS police, the accused, a 12-member gang killed the leopard in the forest area of Bondra village in Rengunta mandal by erecting a live electric wire to make huge money by selling its parts and skin.

The police took them into custody while they were looking out for the customers to sell the parts. They were identified as Pendem Ramesh, Pendem Vasanth, Allam Dilip, Porthati Nagesh, Porthati Suresh, Porthati Anil and Allam Vignesh.

Meanwhile, the police also launched a hunt to nab other six members who have gone absconding.