All eyes on ZP chief posts in Adilabad 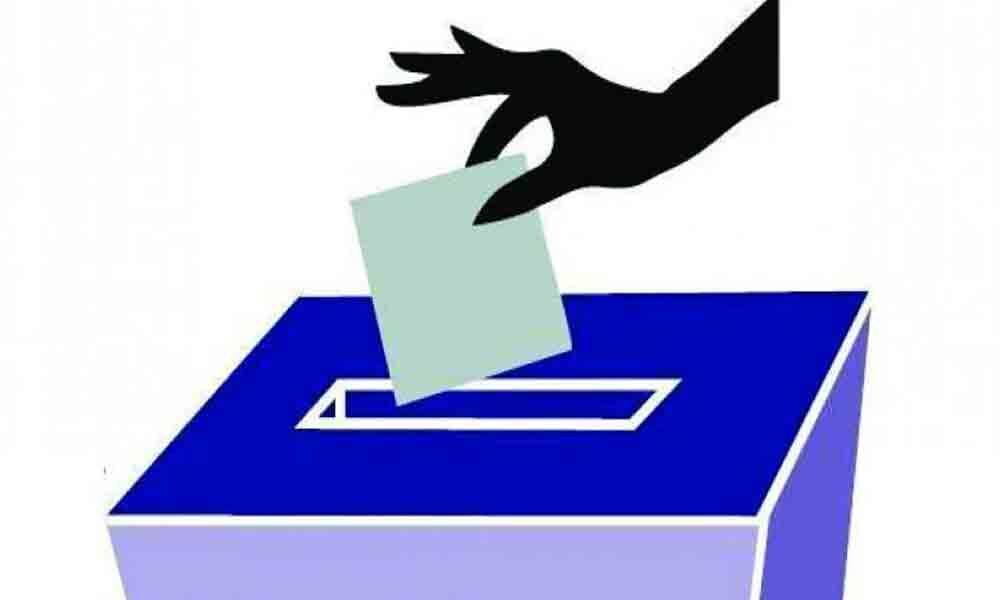 Since zilla parishad posts are crucial, leaders of all political parties are making strategical plans for the second of phase territorial elections, which will be held on May 10.

Adilabad: Since zilla parishad posts are crucial, leaders of all political parties are making strategical plans for the second of phase territorial elections, which will be held on May 10. Leaders of the respective parties focused on reserved positions aiming to capture zilla parishad chairperson post at any cost.

As Adilabad zilla parishad chairperson seat is reserved for ST General, candidates have pinned their hopes on the ZP post. In Adilabad district, everybody is focusing on Neradigonda ZPTC elections from where Congress rebel candidate Anil Jadhav contested and secured more than 30,000 votes, proving his strong hold on this area. Its learnt that Anil had changed his loyalties to the ruling TRS hoping Adilabad ZP chairperson post recently after getting clear assurance from the TRS chief. It was MP Nagesh has been proposed Anil.

At the same time Anil is facing opposition from Boath MLA Rathod Bapurao and his followers. The differences between MP Nagesh and Boath MLA Rathod Bapurao in Boath constituency have a negative impact on local bodies elections. While Congress is trying to gain the disadvantages of both TRS and BJP is making moves strategically and trying to get strong hold on three to four mandals.

In Nirmal district, zilla parishad chairperson post is reserved for women general. Eying on the seat, Congress and TRS had announced their candidates in competitive manner and intensified campaigns. As the seat was reserved for women general, Minister Allola Indrakaran Reddy tried his level best to field his daughter-in-law Allola Divya Reddy as party high command denied and the post was given to former DCCB Chairman Ramkishan Reddy's wife Vijaya Reddy.

As all of sudden Vijaya Reddy's name came into the fray, Congress announced Ramana Reddy's wife as contesting from Nirmal ZP chairperson.

In Komaram Bheem-Asifabad district, ZP chairperson post was reserved for ST women. TRS announced former MLA Kova Lakhsmi, who was elected unanimously from Jainoor mandal as ZPTC. If the TRS wins eight places, then she will become the chairperson. But in the same district Tiryani and Rebbena mandals are reserved for ST and both Congress and BJP candidates are dreaming of chairmen post.

Mancherial chairperson post is reserved for SC woman and Chennur former MLA Nallala Odelu's wife Bhagya Lakshmi was announced as the TRS candidate for the chairperson post. She is contesting the ZPTC elections from Kotapalli mandal in the second phase of elections.