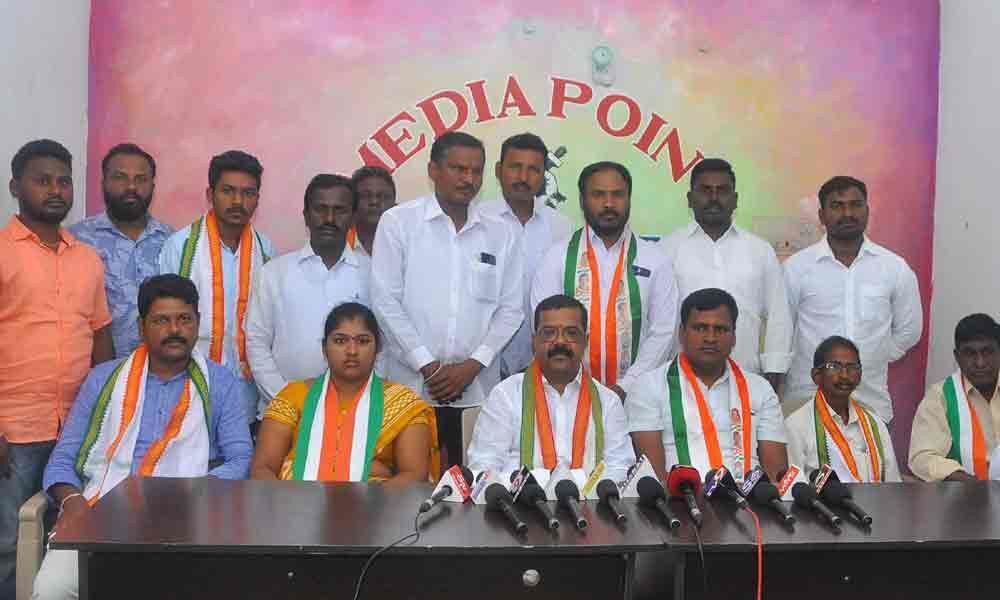 Warangal: The leaders who raised hue and cry over the injustice meted out to Telangana region in the undivided Andhra Pradesh appear to be unconcerned even though the proposed periodical overhauling (POH) unit at Kazipet is in danger of being shifted to some other location or shelved by the Railways, the Warangal District Congress Committee (DCC) President Naini Rajender Reddy said.

Speaking at the Media Point in Kazipet on Saturday, he said that during the statehood movement, TRS leaders cried foul accusing the Andhra leaders of ignoring Telangana and developing their region. The same leaders are now unresponsive in allocating the required land for the POH, he alleged.

Don't the MPs and MLAs belong to Warangal have the responsibility of pursuing the matter, he questioned, referring to the inordinate delay in land acquisition. "The Railways had decided to set up a POH unit at Kazipet in 2016-17 with an outlay of Rs 269 crore.

Thereafter, it had hinted that the unit would be established somewhere else if the Telangana government failed to handover the land within the timeframe. Despite that, the State government didn't initiate any move to solve the impasse," Reddy said.

He said that the fear-stricken local MPs and MLAs have no guts to take the issue to the notice of the Chief Minister K Chandrasekhar Rao. Following the furore over POH in the media, the TRS leaders said that the government wrote a letter to the Railways, however, it's not enough.

Unless the people's representatives take the initiative, the POH is not possible to achieve, he said. The TRS leaders need to understand that the POH not only generates direct employment to the locals but it also provides indirect livelihood opportunity to others, he said.

Reddy said that the local TRS leaders who resorted chest-thumping over second road over bridge (RoB) at Fathima Nagar need to answer why work on it is yet to get off the blocks. The Congress will launch an agitation if the TRS Government fails to take necessary steps to ensure POH in Kazipet, Reddy said, further adding that they would also write a letter to the Chief Minister in this regard.