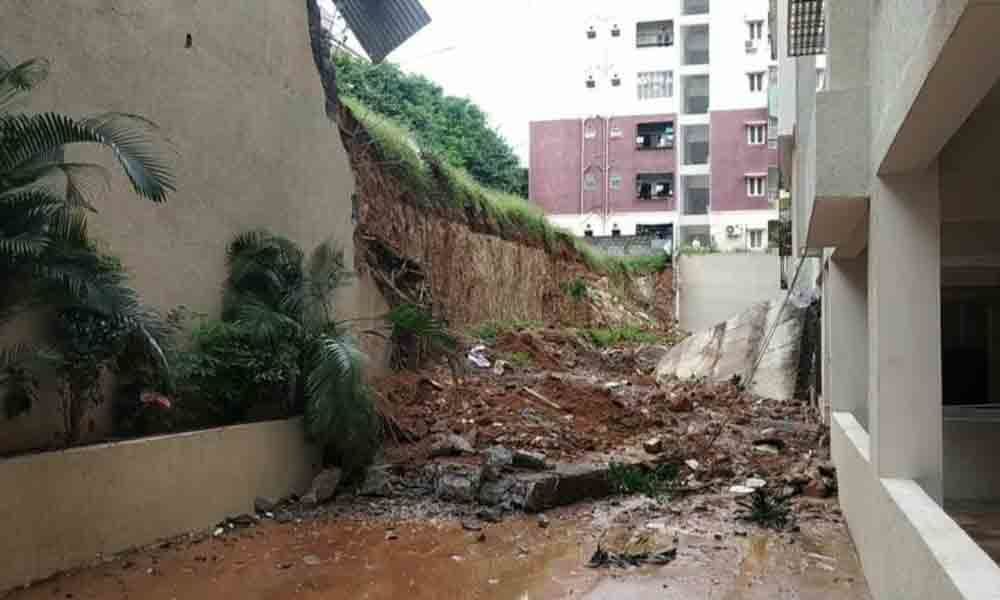 Locals allege that improper work and inferior quality of material is the cause of wall collapse.

Blame town planning officials for having nexus with builders and contractors.

Kukatpally: The GHMC Town Planning department officials are allegedly playing with the lives of people by allowing builders to violate rules succumbing to the lure of bribes. This is resulting in officials only resorting to notional action and accidents as it happened in the early hours of Friday in Vasanthnagar, where a compound wall of an apartment crashed damaging four parked cars .

Luckily there were no loss of lives or injuries to workers. In the past, there were loss of three lives in accidents caused by lack of quality work or unauthorised constructions by builders. On information, local MLA Madhavaram Krishna Rao rushed to the accident site.

Some residents of Vasanthnagar while speaking to The Hans India on the mishap expressed anger over the attitude of the Town Planning officials. They said the compound wall had collapsed because of poor quality work. The residents demanded stringent action against GHMC officials concerned as similar accidents could in result in fatalities.