Congress LS candidate list likely to be out today 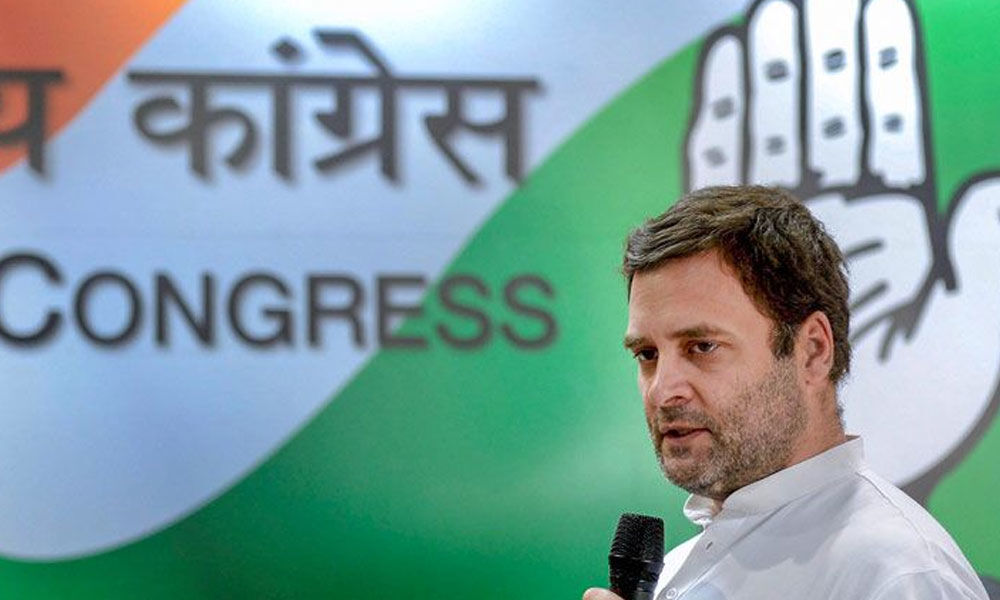 Hyderabad: The All India Congress Committee (AICC) may announce the candidates from Telangana for the Parliament elections on Wednesday or Thursday as ...

Hyderabad: The All India Congress Committee (AICC) may announce the candidates from Telangana for the Parliament elections on Wednesday or Thursday as the Central Election Committee would meet on March 13 (Wednesday).

According to party sources, the CEC would announce candidates for about 12 to 13 seats on Wednesday or Thursday as there is clarity on these seats. The Screening Committee would make further exercise on four seats where the party is in dilemma.Party leaders said that Feroz Khan's name is considered for Hyderabad Parliamentary Constituency.

They said that the committee is facing dilemma in Bhongir, Mahabubabad, Khammam and Mahbubnagar constituencies. There is clarity on rest of the seats. Central Election Committee headed by AICC president Rahul Gandhi would meet on Wednesday at Delhi and it may clear few names.

The CEC of AICC has to announce the names as the notification for the polls would be issued on March 18. Sources in the party said that Konda Visweswar Reddy's name has been cleared for Chevella PC. The AICC may ask Mohammad Shabbir Ali to contest from Nizamabad if Madhu Yaski is shifted to Bhongir.

The party may admit Nama Nageswar Rao into the organisation to field him from Khammam Parliamentary Constituency if Renuka Chowdary is denied ticket. As Jana Reddy was reluctant to contest from Nalgonda PC, his son Raghuvir Reddy may be given the ticket here.

In Bhongir PC Komatireddy Venkat Reddy has been emerging as a front runner. With the reluctance of former Union Minister Jaipal Reddy to contest from Mahbubnagar PC the party is contemplating to field DK Aruna or Vamsichand Reddy. It is also thinking to field Revanth Reddy from Malkajgiri PC.