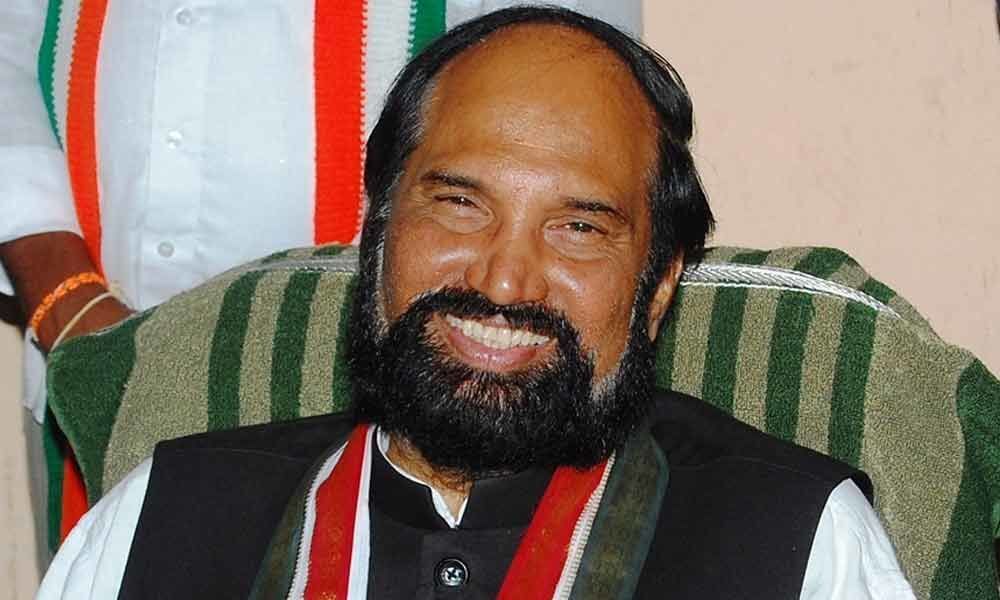 Addressing a press conference, along with other senior leaders, at Gandhi Bhavan on Sunday, Uttam Kumar Reddy said that the membership drive was being launched at the instructions of party High Command. He said that those getting Congress membership would also be provided with Life Insurance facility and the responsibility to work out the scheme has been assigned to CLP leader Mallu Bhatti Vikramarka and ex-MP Konda Vishveshwara Reddy.

Uttam Kumar Reddy said that the Congress party has also decided to organise grand celebrations of 150th birth anniversary of Mahatma Gandhi. He said that the Congress cadre would propagate the ideologies and teachings of Mahatma Gandhi to every locality and household in Telangana State. He said training programmes for all party workers were being designed at district-level. He said the training programmes would continue even if municipal elections are held in near future. He said 10 leaders would be sent to All India Congress Committee (AICC) Headquarters for training and later, these leaders would supervise the training programming in the State regarding the policies and views of Congress party.

Commenting on Hyderabad Liberation Day to be celebrated on September 17, Uttam Kumar Reddy said that the BJP had played no role in merger of Hyderabad State with Indian Union. Further, he said BJP was even connected with Telangana movement. He accused the BJP of misleading the people on the issue of Hyderabad Liberation Day and advised BJP leader Ram Madhav to read history before speaking about the issue. He said it was the Congress which merged Hyderabad with Indian Union in 1948 and the same party granted statehood for Telangana State in 2014.

The TPCC President said that the public health system has collapsed in Telangana State with thousands of people getting affected with seasonal and other viral diseases. He said that the Congress leaders would visit District Hospitals across Telangana on September 9 to inspect the facilities available for poor patients. He also slammed the TRS Government for the ongoing shortage of Urea. He said farmers were being forced to stand in long queues for several hours to get the Urea. He said one farmer has lost his life while standing in a long queue for Urea. Despite the death of one farmer, he said that neither TRS Government in the State nor BJP Government at the Centre took any measures to resolve the crisis. He said the delay in arranging required quantity of Urea has exposed the negligent attitude of TRS and BJP Governments towards the farmers.

Uttam Kumar Reddy said that the TRS Government had promised to pay farmers Rs. 5000 per acre during Kharif and Rabi seasons every year under Rythu Bandhu scheme. However, he said nearly 50% of farmers are yet to get the promised amount. Similarly, he said that the promise of waiving off crop loans up to Rs. 1 lakh remained unimplemented. To press for fulfilling of this promise, he announced that the Congress party would organise State-wide protest on September 11 at 11 am. he also announced that the Congress party would launch massive agitation against the Uranium mining. He said a committee headed by former PCC President V. Hanumantha Rao has been constituted to finalise the agitation schedule.

The TPCC President also condemned the inscription of pictures of KCR and TRS party election symbol car on the pillars of Yadadri Temple. He said that the move has hurt the religious sentiments of people and demanded that the inscriptions be removed with immediate effect. Further, he alleged that the enhanced Aasra pensions were not released properly. Further, he said that the land records were not properly uploaded in the Dharani Website. He said a committee would be constituted to identify the discrepancies in Dharani website.

AICC Telangana Incharge R.C. Khuntia informed that a committee, headed by TPCC President, would probe into the irregularities in the construction of irrigation projects by TRS Government and come up with a report in the next two months. He said the same report would be submitted to Governor and Central Government seeking action.