Congress working on plan to take on BJP in State 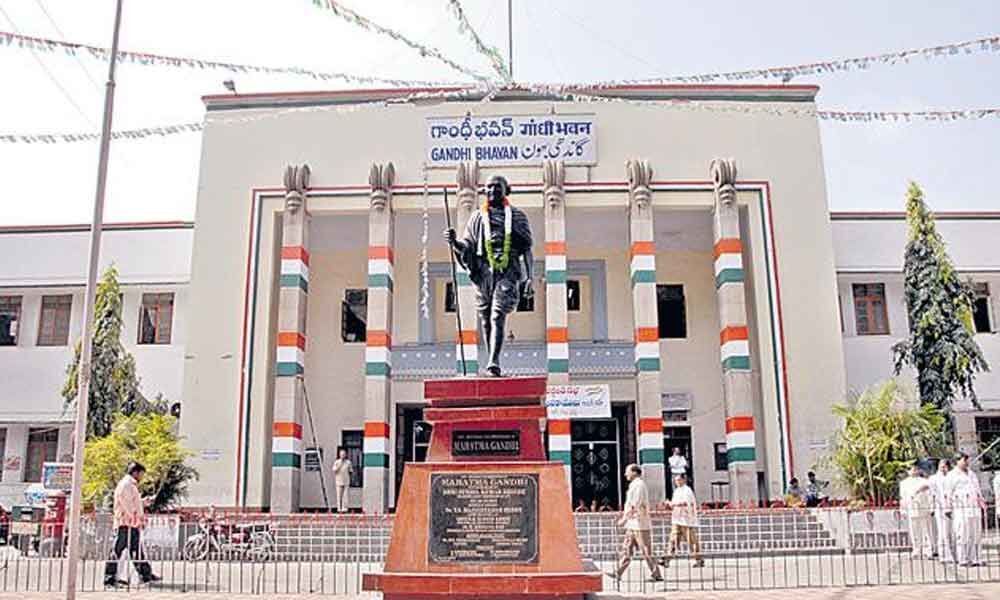 Senior leaders of the party have been asked by AICC general secretary KC Venugopal, who is the In-charge of the organisational affairs, to deal with the BJP strategically

Hyderabad: The Telangana Congress has decided to plan a good strategy to counter the Bharatiya Janata Party (BJP) and retain its position in the State politics.

The State party would hold a workshop soon with senior leaders and others and would come out with a strategy. The decision has been taken at the instructions of the All India Congress Committee (AICC).

Senior leaders of the party have been told by AICC general secretary KC Venugopal, who is the In-charge of the organisational affairs, to deal with the BJP strategically.

The meeting took place in Delhi during the last week. The State Congress leaders went to Delhi to participate in the 75th birth anniversary celebrations of former Prime Minister Rajiv Gandhi on August 22.

Telangana Pradesh Congress Committee (TPCC) vice president Mallu Ravi who participated in the meeting said that the Telangana Congress has been told to set aside all the differences and work together to face the BJP.

Party leaders said the Congress has recognised the threat from the BJP and has decided to be alert. Now the party has to face the ruling Telangana Rashtra Samithi (TRS) and the BJP simultaneously.

A senior leader of the party said that now the Congress cannot underestimate the strength of the BJP in the State. As it has won four MP seats in the Parliament elections, now it is a force to be reckoned with.

The leader said that the Congress must take the upcoming elections seriously and should fight to win. The party must prove that it is the second big political force in the State.

Till the beginning of the Parliament elections the Congress has been considering that TRS was its only rival in the State and there was no need to fear about the BJP as it lost deposits in 105 seats in Assembly polls of 2018.

However, the BJP emerged strong in the State by winning four seats in the Parliament elections and its leaders are dreaming to become main rival of the TRS, relegating Congress to third place.

The Congress has decided to fight the TRS and BJP simultaneously. It would take on the TRS on State issues and the BJP on the national issues. The party would also take up agitations and protests to keep the BJP at bay at State level.

The party is also planning to have a better political line to counter the BJP after the abrogation of Article 370. It wants to be cautious while speaking on the issue.

The party would question the achievements being made by the BJP by abrogating Article 370. It would also raise the issues like downturn in the economy, loss of jobs and other economic issues.