Farmers gear up for another fight in Nizamabad 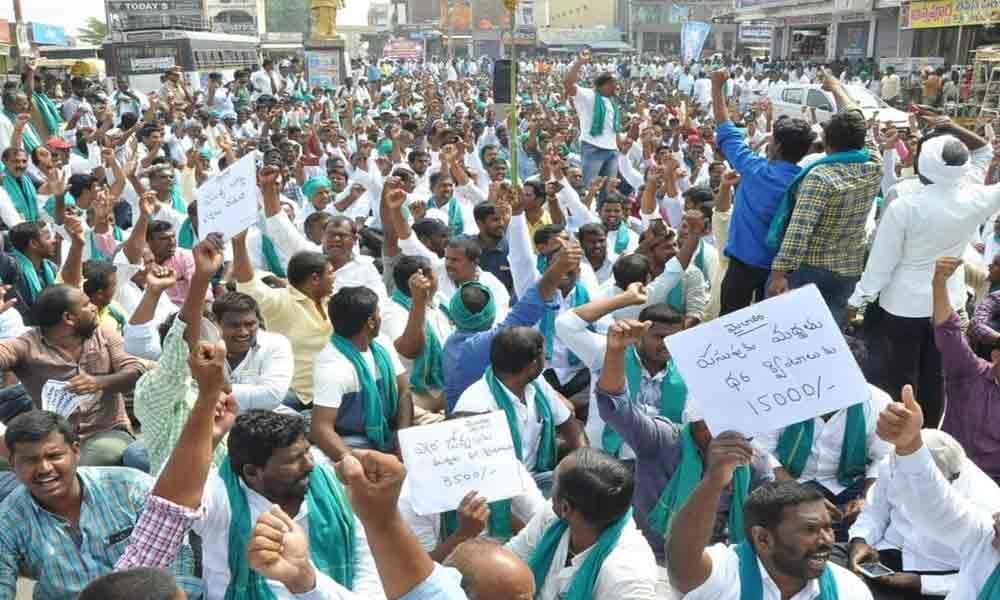 x
Farmers gear up for another fight in Nizamabad
Highlights

Tumeric and red jowar farmers are preparing for another agitation to push for their demand for minimum support price for crops and setting up a turmeric board in Nizamabad district.

Nizamabad: Tumeric and red jowar farmers are preparing for another agitation to push for their demand for minimum support price for crops and setting up a turmeric board in Nizamabad district.

Farmers are preparing to hold a meeting without support from any political party. A special meeting is going to be held at Armoor Market Yard on Sunday to announce the action plan.

It needs to be mentioned here that they had organised a massive movement before the Lok Sabha elections with the same demand. To press their demand 170 farmers had filed nominations from the Nizamabad parliamentary constituency which also attracted the national attention.

The farmers thought their problems would be resolved after the elections. Neither they got minimum support price for red jowar nor the turmeric board was formed. But it happened that Chief Minister K Chandrashekar Rao's daughter K Kavith lost the Lok Sabha election and BJP romp home with promise that it would form the turmeric board after elections.

Not only that the BJP candidate won the Lok Sabha election from Nizamabad but also the party formed government at the Centre with absolute majority. But alas, the party forgot the promise left the farmers shell-shocked.

It was natural they are concerned about the time when the crops would be ready. The crops are being sold at a cheaper rate if the government does not respond. Therefore, farmers have decided to launch a movement before the red jower crop yields.

Therefore, the action plan is designed to intensify the agitation programme. Farmers hope that the government will wake up from slumber and announce the price of support for their crops.

The farmers are expected to launch a movement in the region and threaten the government. Leaders of the movement suggested that farmers from villages should attend the meeting on Sunday.