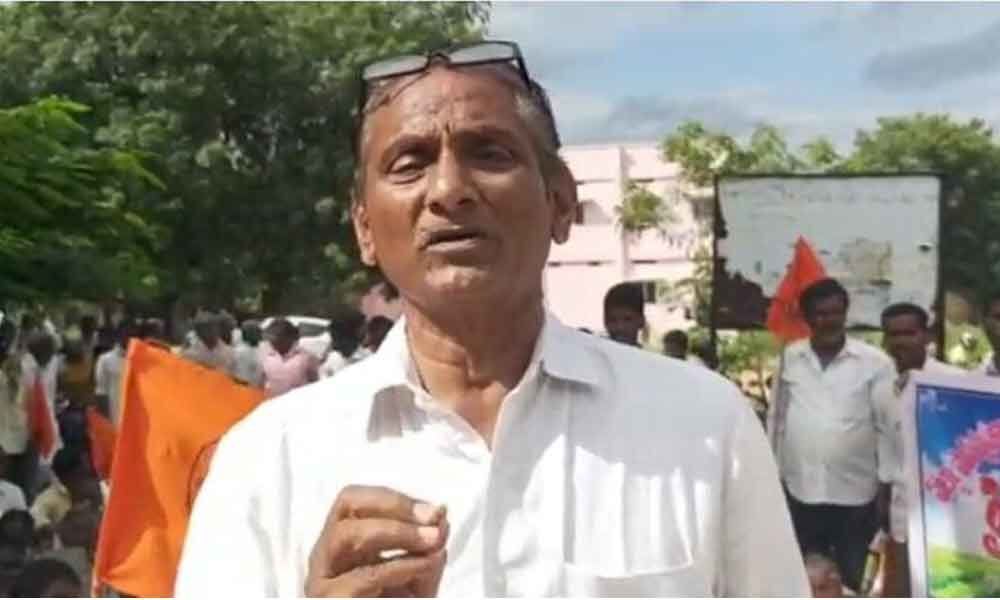 The farmers of Bijinepally mandal staged protest at Bijinepally tahsildar office in Nagarkurnool district on Thursday.

The protest which was led by Bharatiya Kisaan Morcha blocked the roads and staged a sit in at the tahsildar's office in Bijinepally mandal. They alleged that the Revenue department officials have issued the new land pass books with full of errors.

The details in the new pass books are do not match with the old pass books of many farmers. "The State government's land records purification drive is regarded as one of the biggest scandals.

The revenue officials have failed to provide correct details of the farmers' lands in the new pass books and have created blunder s.

With this attitude of the revenue department the farmers took out a rally and later staged a sit-in against the revenue officials and the government for not helping in resolving the problems of the farmers.

"We will not relent until the tahsildar gives us a clear assurance as to when will they will correct the details in our pass books.

They have deliberately made mistakes with an eye to seek bribe to make corrections.

This attitude is not correct and we are demanding the government to take stern action those officials who are showing utter negligence towards the farmers' problems," said a protesting farmer.