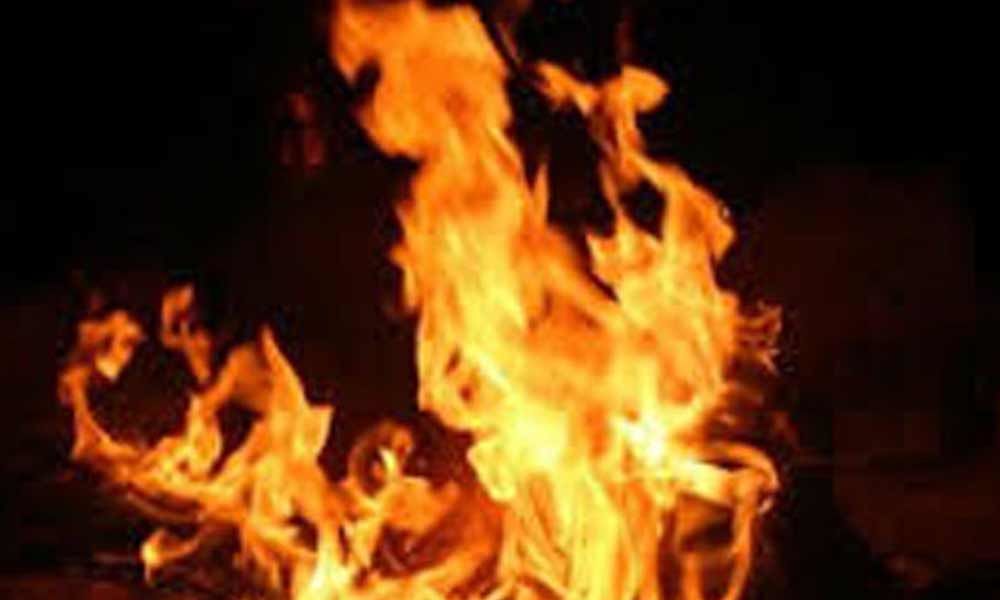 A girl has been set ablaze by a miscreant after she rejected his proposal. The incident occurred in Tirumalgiri in Suryapet district on Saturday.

A girl has been set ablaze by a miscreant after she rejected his proposal. The incident occurred in Tirumalgiri in Suryapet district on Saturday.

Getting into details, Venkatesh has been harassing the girl to accept his love for two years. Fed up with being rejected multiple times, the accused poured kerosene on the girl and set her ablaze. However, locals at the area doused the fire and shifted the girl to a nearby hospital.

The police registered a case and sent the accused for remand. An investigation is underway.

On February 27, 2019 - a miscreant identified as Sai Anvesh set his childhood friend afire after she refused to accept his love. The victim, Ravali Rao who injured seriously has been shifted to MGM hospital for treatment. The incident occurred near Vaagdevi college in Hanamkonda.

Nellore: Ventilators, medical kits will be supplied to Regional...