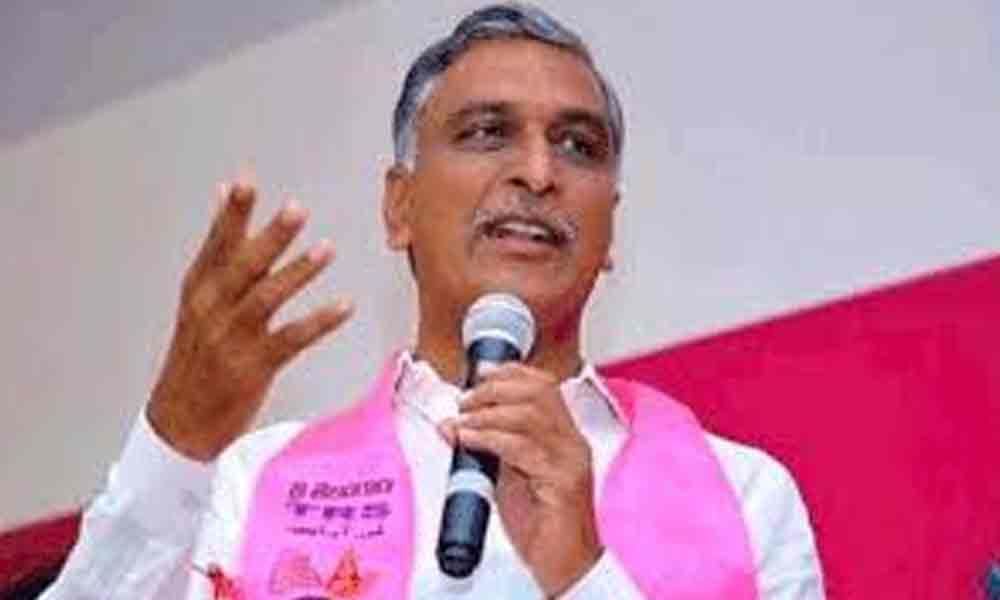 Expressing his disagreement, TRS party Scheduled Caste Cell former vice-president Chintakunta Vishnu from Gadwal visited Jougmaba Bala Bramehswara Temple on Tuesday and broke 1,116 coconuts praying the lord to ensure justice to former Irrigation Minister Harish Rao. He felt that Harish Rao was sidelined by the TRS party chief by not inducting him into the Cabinet.

He demanded that the TRS chief immediately make Harish Rao either deputy chief minister or TRS party president. "Among all the leaders in TRS party it is Harish Rao who completed the Kaleshwaram irrigation project. It is Harish who had taken out his extra time to help complete the Yedula reservoir, he said.