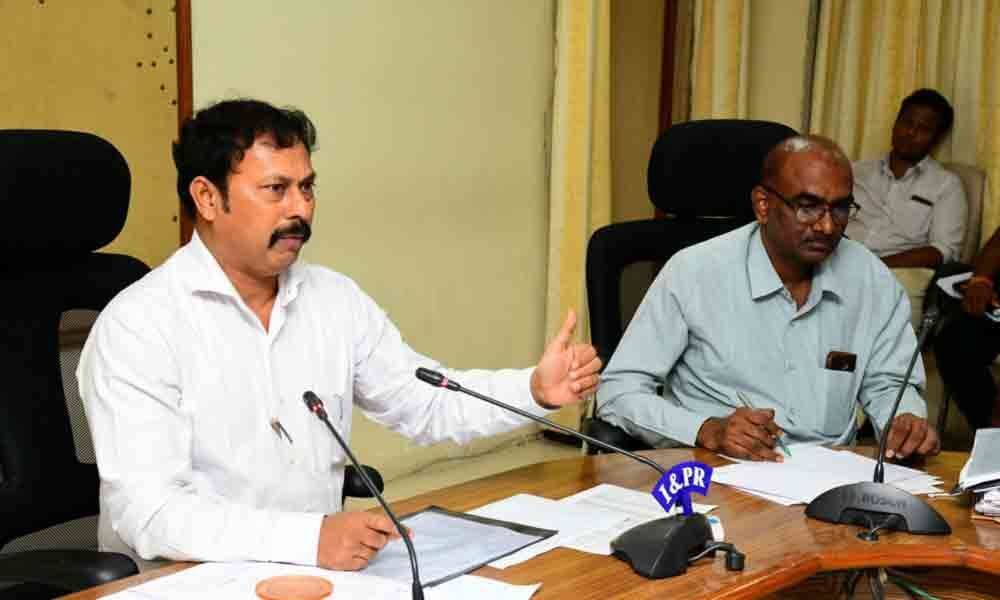 The household survey is being conducted in every village present across the district to know the issues of farmers, said Joint Collector GV Shyam Prasad Lal.

Karimnagar: Household survey is being conducted in every village present across the district to know the issues of farmers, said Joint Collector GV Shyam Prasad Lal. The JC held a meeting to discuss land regularisation and how to solve land issues with tahsildars at the Collectorate Conference Hall in Karimnagar on Wednesday.

Speaking at the meeting, the JC said that the household survey has been going on from August 19 in every mandal with Tahsildars and Nayab Tahsildars along with staff members. He ordered the tahsildars to conduct survey perfectly with the help of Village Revenue Officials to know about the various issues, which the farmers are facing pertaining to their lands.

'Hand over the survey numbers and pahanis to the VROs and ask them to conduct the survey at least in two villages in a week completely by taking all perfect measures,' he directed.

He told the officials to enquire the farmers directly about mutation, accounts, passbooks, lands obtained through inheritance, about saida bainama lands and other issues. The officials were strictly told not to keep the files in pending related to land issues of the farmers and told to go through the files and complaints and try to solve them immediately.

The Joint Collector directed the officials to ensure that no inconvenience is caused to to the farmers during Rythu Baata programme.

Revenue Divisional Officer N Anand Kumar, Tahsildars of all mandals were present along with Nayab Tahsildars.